Dude wins on debut at Saratoga

Stallwalkin’ Dude won four straight at Aqueduct and Belmont earlier this year and he won again when racing for the first time at Saratoga on Sunday.

The precocious son of Yarradale Stud sire City Place (USA) prevailed in a thrilling finish to the LR Tale Of The Cat Stakes (1200m).  He duelled with Fast Anna and Scarly Charly all the way down the straight and had the momentum to score by a nose and a head.

“When I asked him turning for home, he made that kick and he fights,” jockey Irad Ortiz Jr. said.  “He likes to play with the other horses; he likes to fight with them.”

Stallwalkin’ Dude (5g City Place – Chelle Spendabuck by Dare and Go) upped his career card to 12 wins in 32 starts for $568,352 in prizemoney.  His previous back-type victory had come in the LR Diablo Stakes at Belmont.

The Florida-bred sprinter is out of an unraced half-sister to G1 Hollywood Starlet winner Love Lock (Silver Ghost).  “To win any race at Saratoga is special,” owner-trainer David Jacobson said.  “With the way Irad was sitting on the turn, I was pretty confident.”

City Place (Storm Cat) has his first Australian bred foals on the ground at Yarradale Stud and he’s standing for an $8,800 (inc gst) service fee this year. 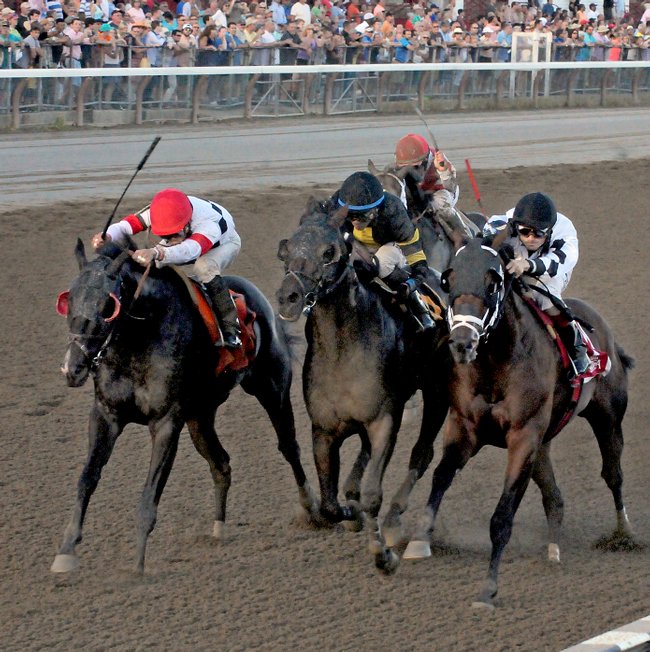