They sold to $80,000 (AUD 108,510) at the Fasig-Tipton New York Preferred Yearlings Sale that was conducted over two sessions on the weekend.

Frost Giant is a Group 1 winning son of Giant’s Causeway and his top-priced Saratoga lot is a sister to Aqueduct stakes winner Kelli Got Frosty (LR East View Stakes).  She was consigned by Indian Creek Farm and the Kentucky based nursery was on a high after its graduate Grand Arch won the G2 Fourstardave Hcp at Saratoga on Saturday.

Winning bidder was Jack Knowlton of Sackatoga Stable.  He bought Funny Cide at the same sale and that gelding became the first New York bred horse to win the Kentucky Derby in 2003.

Frost Giant was New York’s champion first and second-season sire and his progeny have earned more than $4.70 million at a lofty 59% winning strike-rate.  His black-type winners are headed by West Hills Giant ($540,650) who has won stakes races at Saratoga, Belmont and Finger Lakes.

The first Western Australian yearlings by Frost Giant will be catalogued for the 2016 Perth Magic Millions. 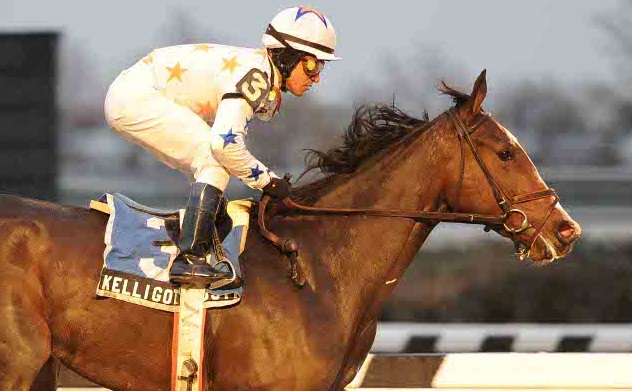