Outstanding sprinter Wink And A Nod is on track for a hat-trick of black-type wins at Belmont following a brilliant victory in the LR Idyllic Prince Stakes (1300m).

The daughter of Mungrup Stud sire McFlirt produced a paralysing burst to collar Rebel King and Rock Magic on Wednesday.  It boosted her record to 10 wins in 23 starts for $335,166 in prizemoney.

“She’s beautiful mare,” trainer Justin Warwick declared.  “I didn’t think she was going to get there but she’s just a super horse.”

Wink And A Nod (6m McFlirt – The Westerly Win by Danewin) won the LR Belmont Newmarket (1200m) on August 8 and will have her final run this campaign in the LR Farnley Quality (1400m) on September 5.

She is blossoming after hoof problems stymied her progress as a younger mare.  Warwick believes she can win more feature races later this year but isn’t sure what her main assignment will be at the Ascot summer carnival.

McFlirt (Kaapstad) was a Perth stakes winner before retiring to Mungrup Stud.  He was pensioned from active duty last year. 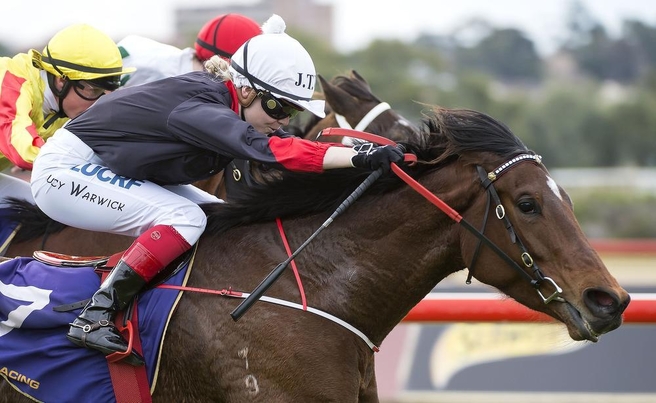