Blackfriars ticked another box in the black-type department when Woodsville won the LR Kalgoorlie Cup (2300m) on Sunday.

WA’s champion sire dominated the Goldfields grand-finale with four of his runners – Woodsville, Black Moment, Drive West and Friarday – all finishing in the first five home.

Woodsville is the 30th stakes winner by Blackfriars who stands at Scenic Lodge for a $12,000 (plus gst) service fee.

The 2015 Kal Cup was a triumphant return for trainer Jeff Noske and his daughter Jerry who became the first female jockey to win the race.  “We decided he was worthy of having a crack after winning two in a row at Belmont in July,” Noske snr said.  “I decided against running him in the Coolgardie Cup because if he won it he would have copped a penalty.”

Noske won the Coolgardie, Boulder and Kalgoorlie Cups as a jockey on Lawmaker in 2002.

Woodsville (7g Blackfriars – Yorkshire Rose by Scenic) took 19 starts to win a Pinjarra maiden but his owner-trainer Bill Godecke never lost faith in the gelding.  “Bill’s a good mate and he asked me to take over last year,” Noske recalled.  “I always liked the horse and now we will get him ready for the Perth Cup.”

Her Blackfriars four year-old Emerald And Gold won two in a row at York and Northam in April and the mare has an unnamed Blackfriars 2yo filly with Bunbury owner-breeder Dan Love.

Blackfriars is on course for his sixth WA title and he heads the sires’ premiership with Snippetson (3rd), Universal Ruler (6th), Dash For Cash (8th) and Hurricane Sky (10th) filling out the Top 10.

Hurricane Sky, who retired from stud duties at Scenic Lodge five years ago and still resides at Muchea, continues to pump out winners like Zuccheros who has won four races at Ascot and Belmont this year. 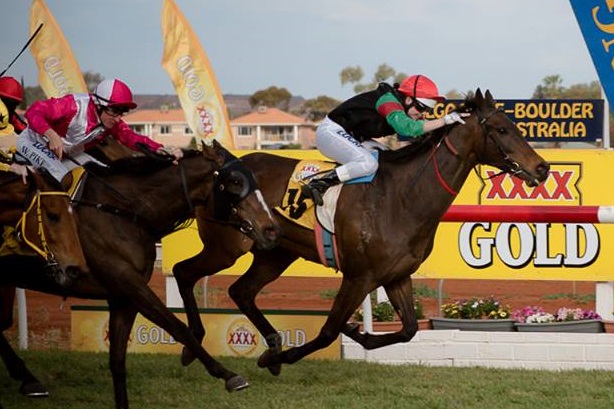