Glacier Blue (Snippetson) was sold for $33,000 as part of the Mogumber Park consignment at the 2010 Perth Magic Millions.  “I’ve only had about 10 rides for Richard,” Prebble said.  “I think he picked this horse especially for me.  He got the money but needs somebody to stand over him.”

He has earned the equivalent of AUD 462,330 for HKJC chairman Dr Simon Ip.

His sire Snippetson is now based at Scenic Lodge Stud and his dam Save Me A Dance (Canny Lad) is an unraced half-sister to LR SA Fulham Park Plate winner Hollywood Fred (Sanction).  Her latest foal is an unraced 2yo named Rock ‘n Roll Train (Discorsi).

Mogumber Park studmaster Colin Brown is busy booking mares to his new stallion Safeguard and he reports the horse returned healthy positives from his first mares in September.

Safeguard is a stakes winning son of Exceed And Excel who sired his 107th black-type winner when Vashka won the G2 Shannon Stakes at Rosehill last Saturday.  He’s available at Mogumber Park for an introductory fee of $8,800 (inc gst). 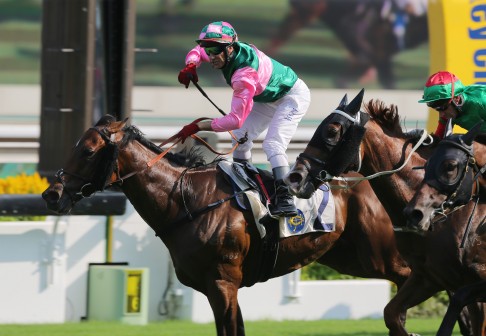