Scenic Lodge resident Snippetson was a Top 10 sire on the 2014-15 Australian 2YO winners premiership and he won’t be wasting any time getting off the mark in the juvenile division this season.

Snippetson filly Desirable Miss looked a readymade racehorse when she bounced straight to the front to win by a length at the Randwick 2YO trials on Monday.  She responded to pressure when tackled by Milbo (Exceed And Excel) and the third horse home was some six lengths away.

Desirable Miss (2f Snippetson – Chaste by Lonhro) was a $55,000 buy for trainer Bjorn Baker and Blandford Bloodstock at the 2015 Gold Coast Magic Millions.  Her dam Chaste won on debut at Scone as a summer three year-old and later transferred to Brisbane for wins at Eagle Farm and Doomben.

Chaste is from a daughter of G1 VRC Newmarket Hcp winner Ruffles (Zeditave).

“Desirable Miss is a running filly and did everything really well,” Baker said.  “We will definitely look at the Gimcrack Stakes for her.”

The LR Gimcrack Stakes (1000m) will be run at Randwick on Saturday week, October 3.

Before she faces the starter for the first time, Snippetson has a couple of Group 2 candidates racing in Sydney and Melbourne this Saturday.  Anthony Cummings has nominated Vergara for the G2 Golden Pendant (1400m) at Rosehill after deciding against taking her south for the G1 Sir Rupert Clark Stakes at Caulfield.

The Golden Pendant is worth $400,000 and, all going well, connections will then consider more suitable races for a mare of her calibre in Melbourne.

Snippetson filly My Poppette continues her spring campaign in the G2 Thousand Guineas Prelude (1400m) at Caulfield.  She will be racing second-up following a juvenile campaign that garnered a stakes victory at Flemington on Anzac Day.

And Kenjorwood is due to break through in Melbourne after a last-start fourth in the G2 Feehan Stakes at Moonee Valley.  Trainer Peter Moody will send the seasoned gelding around in the Cup Club Hcp (1700m) at Caulfield on the way to more black-type over the carnival.

Snippetson is arguably the foremost value-for-money stallion available to Sunspeed breeders this season.  He stands at Scenic Lodge for a $7,150 (inc gst) service fee. 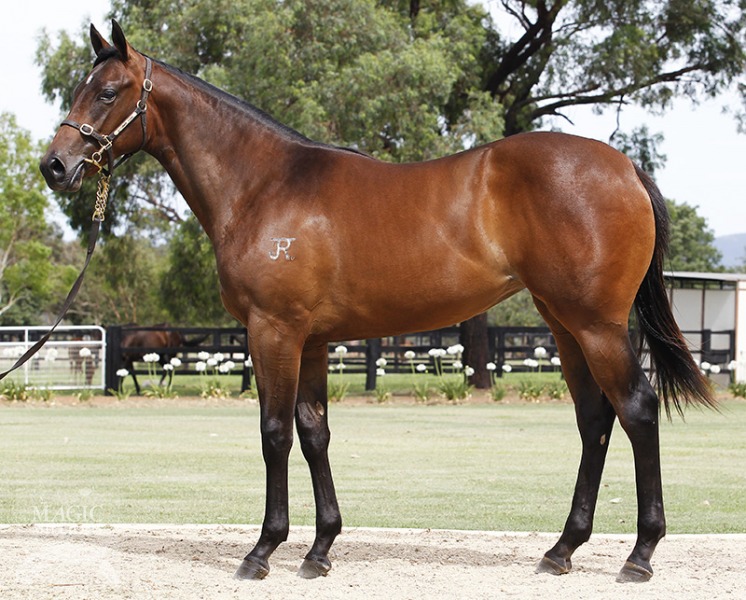