Home Bart back to best in Birthday Stakes

Bart back to best in Birthday Stakes

Black Heart Bart (pictured) was racing in his home-state for the first time since in March.  He was back in action for the locals following a meteoric rise last season winning the LR Carbine Club of WA Stakes, Summer Scorcher, Cyril Flower Stakes, Pinjarra Classic and Bunbury Stakes.

Sent east, he finished an unlucky fourth in the G1 Goodwood at Morphettville and then travelled to Queensland for the G1 Stradbroke.  Caught out very deep from a wide barrier at Doomben, he took off at the half-mile and was gassed at the top of the straight.

Appearing for the first time at Belmont on Saturday, Black Heart Bart was given a perfect one-out, one-back ride by Glenn Smith before outlasting Fuchsia Bandana (Trade Fair) and stablemate Dawn Approach (Statue Of Liberty).

“He’s back to his best after those runs in the Eastern States,” trainer Vaughn Sigley said.  “I wasn’t sure how he would go today but his class shone through.  Glenn reckons he’s only 85% fit.”

Blackfriars has another Group 1 on the horizon with his up-and-coming three year-old Kia Ora Koutou who won Crown Perth Opening Day Hcp (2200m) on Saturday.

Kia Ora Koutou (3g Blackfriars – Kia Ora Miss by Jeune) is unbeaten after four starts and trainer Adam Durrant will set him for the G1 Victoria Derby (2500m) at Flemington on October 31.  His sire won Australia’s most prestigious classic in 1999.

Durrant will start Kia Ora Koutou at Ascot in a fortnight or go straight to Melbourne for a final lead-up at Caulfield, Geelong or Moonee Valley.

Blackfriars (Danehill) stands at Scenic Lodge and there are limited nominations remaining to WA’s champion stallion at a $12,000 (plus gst) service fee. 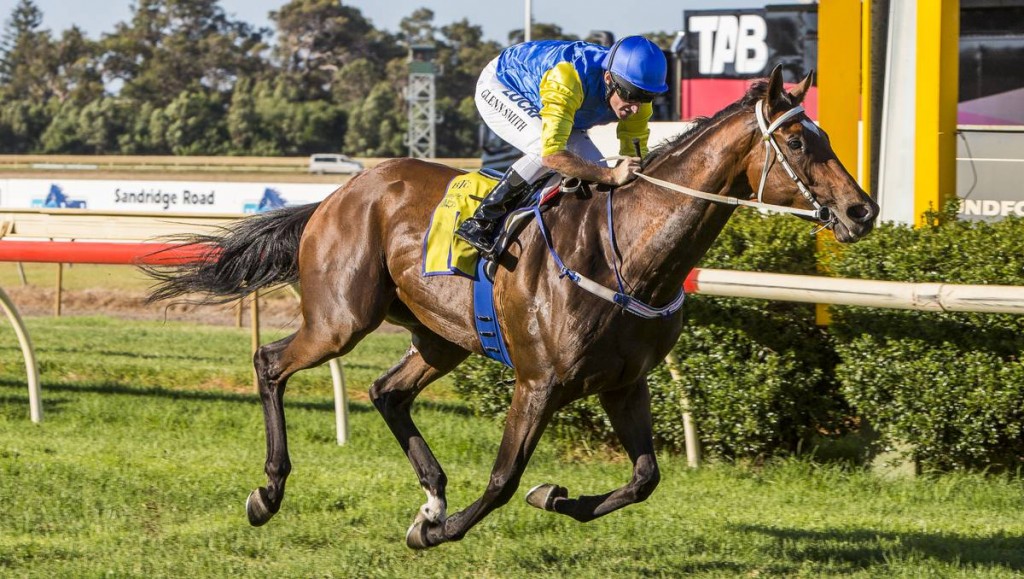