Perth owner-breeders Bob and Sandra Peters were back in the spotlight on Thursday when Delicacy was named Australia’s Champion 3YO Filly at the 2014-15 Racehorse of the Year Awards.

“I’ve always said Miss Margaret has been our best three-year-old,” Peters said.  “But I’ve never had a filly as strong and tough as this one.”

Delicacy won the G3 WA Oaks and G2 WA Derby before travelling to Adelaide to claim the G1 Australasian Oaks and G1 SA Derby.  The classic double-double improved her record to 10 wins in 14 starts and $1.44 million including Westspeed bonuses of $102,500.

The daughter of Al Maher won a Lark Hill trial on September 29 and will start first-up in the Prince Of Wales Stakes (1200m) or Lee-Steere Stakes (1400m).  “She will have another trial before resuming,” Peters said.  “She covered the ground well at Lark Hill and will be set for the big ones at the summer carnival.”

Meanwhile, Peters unearthed another future stakes performer at Belmont on Wednesday with homebred filly Perfect Reflection.  A debut winner at Pinjarra last month, she produced a brilliant burst to finish off her rivals in the Westspeed 3yo Hcp (1200m).

The LR Belgravia Stakes (1200m) is next for promising daughter of More Than Ready.  Her dam Reflected Image (Bluebird) won the G2 WA Oaks in 1999 carrying the Perth couple’s cerise and white silks. 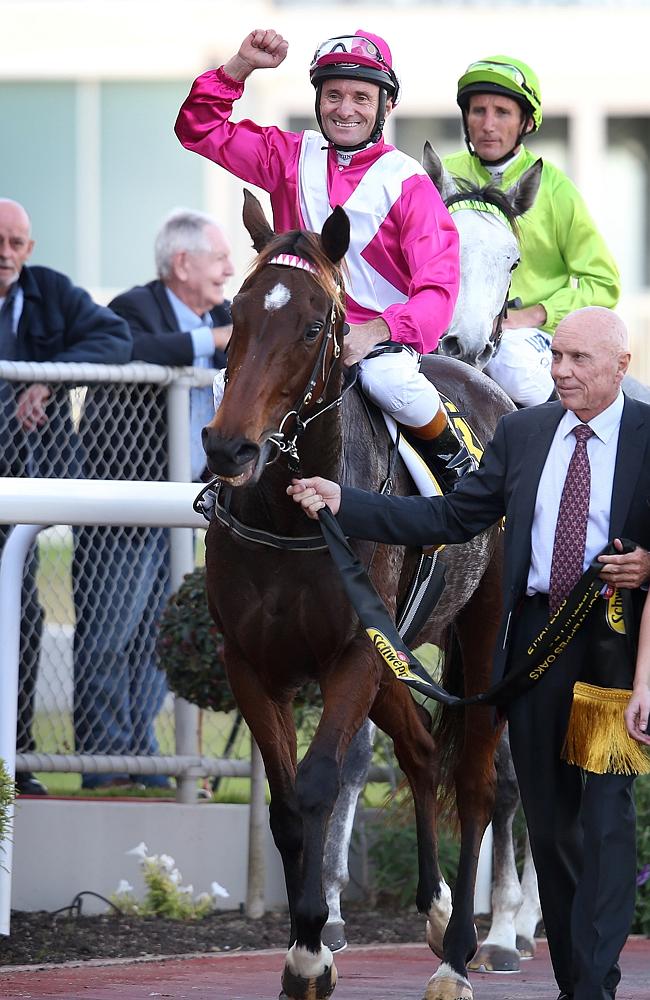 DELICACY
Bob Peters brings his filly back to scale at Morphettville