Silent Sedition has been spelled by Caulfield trainer Andrew Noblet to ensure she’s fresh for an autumn prep.

The consistent War Chant filly has been tipped out after coming from last on the turn to finish a very unlucky fourth in the G2 Moonee Valley Classic (1600m).  “I’ve seen enough to keep her for a campaign as a more mature three-year-old,” Noblet said.  “I want her going to the paddock feeling well, not flat.”

Silent Sedition (3f War Chant – Fiorentina by Dubai Destination) had been placed in all three starts at Seymour and Caulfield (twice) before she took on Group 2 fillies as a maiden on Cox Plate day.  “It’s a pretty quick turnaround to the autumn,” Noblet continued.  “I don’t want to flatten her – she can have a rest and get ready for next year.”

Noblet trains the filly for Tom Curnow who operates Aqua Trained Thoroughbreds in Adelaide.  She was bred and sold by Korilya Stud for $45,000 at the 2014 Perth Magic Millions.

The mare subsequently foaled a Dick Turpin filly who will be sold as a yearling by Inglis or Magic Millions in 2016.  She also foaled a colt by Yarradale sire Gingerbread Man in August. 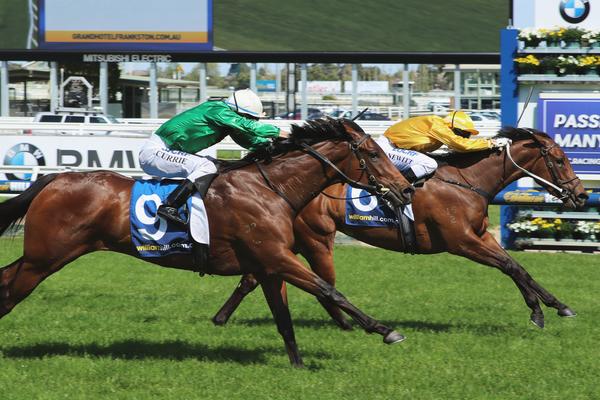