Rookie sprinter Rafaello left it late to go through the gears and win a Class 4 sprint at Kranji on Friday night.

The short-priced favourite was giving longshot leader Metaphor a massive start but reeled off the final 400m in 23.42s to score by a half-length.

“I was very worried – he was too far back at the top of the straight and Metaphor was going full bore ahead,” trainer Pat Shaw said.  “Sometimes horses need to be ridden that way to give them a little more confidence.

Rafaello (pictured) was appearing for just the fifth time and had won a maiden in July after arriving in Singapore in January.  He is owned by Alf Crabbia and races in the same black and red colours worn by champion sprinter Rocket Man.

Jockey Nooresh Juglall said Rafaello was sluggish in the early stages because it was his first time on the Polytrack.  “He didn’t like the kickback and took a while to get going.  But once clear in the straight, he just sprouted wings and won a gutsy race in the end.”

Champion Mungrup Stud sire Oratorio (Aus) got him from Born Bold (Exceed And Excel), a half-sister to Sydney stakes winner Citirecruit (Citidancer).  He was a $47,500 graduate from Yarradale Stud at the 2014 Perth Magic Millions.

Born Bold has a 2yo filly by Heritage and she foaled a colt by fellow Yarradale sire War Chant on October 1. 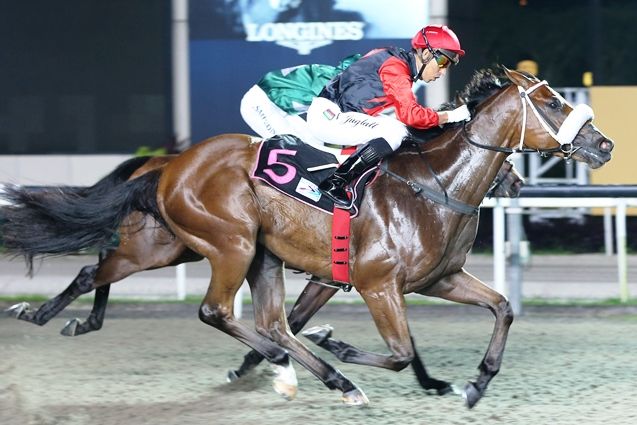