Scenic Lodge sire Snippetson proved he’s still popular with buyers from the Eastern States and Asia at the Magic Millions 2YO Sale on Tuesday.

Snippetson transferred to Western Australia from the Hunter Valley earlier this year and his half-dozen 2YOs averaged in excess of $70,000 at the Gold Coast.

Topping the list was a $105,000 colt knocked down to Brisbane trainer Desleigh Forster.  An October 31 foal from Countess Dehere (Dehere), he’s a half-brother to 4 winners in Brisbane and Hong Kong and caught the eye with a slick breeze in 10.23s.

Another pleasing aspect for the future was 5 of his 6 lots will be heading to Macau, Singapore & South Korea.  That will help Magic Millions publicize the Perth Yearling Sale to Asian buyers when Scenic Lodge sells its first Sunspeed Snippetsons.

Rebelson has been promoting Snippetson in Perth since he claimed the LR Fairetha Stakes and LR Aquanita Stakes in 2012.  He’s just as competitive as a six year-old and was a brave, front-running winner over 1600m at Belmont on Saturday.

“He’s a monster and gives everything,” trainer Darren McAuliffe said after the gelding shouldered 58.5kg to victory with the help of a 3kg claim for Chloe Azzopardi.  “There was an on-speed bias and I knew he would be hard to beat off a big run here last month.

“He’s a black-type winner and has raced in Group 1 events – none of these horses have done that!”

Rebelson’s next assignment will be the LR $150,000 Northam Cup (1600m) on Sunday, October 25.  He dead-heated with Son Of Something (Blackfriars) in the Avon Valley feature last year.

Snippetson stands at Scenic Lodge for a $6,500 (plus gst) service fee. 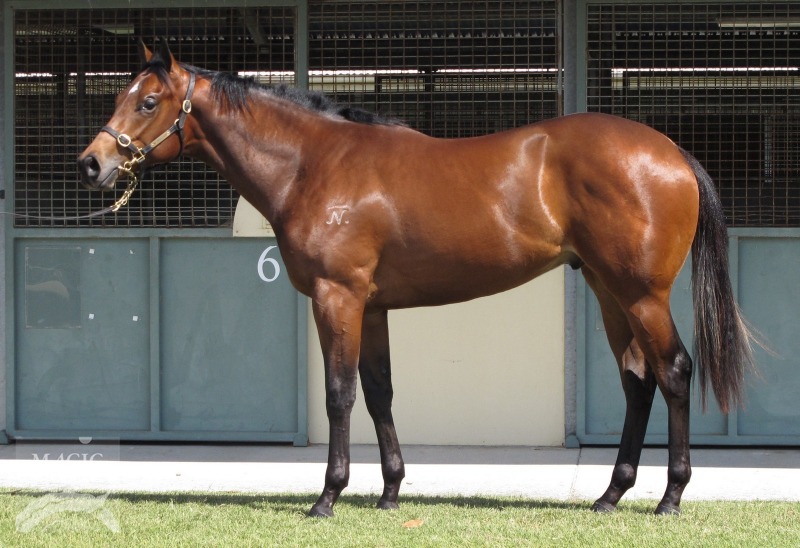