Commanding winner by Dash For Cash

Dash For Cash mare Commanding Dash gave part-owner Barry Phillips his first ever winner when she broke the ice on Wednesday evening.

The grey mare powered her way to an impressive half-length victory in the Electro Rewind Plate (1200m) in Launceston.  Phillips reared her from a weanling and found it hard to contain his emotions when she delivered on the promise shown as a youngster.

“It’s everything I thought it would be and then some,” Phillips said as tears flowed.  “We had high hopes for her early on but she wasn’t ready as a two-year-old so we just had to wait.”

“This mare has been so close to winning with seconds at her last two starts,” trainer John Blacker said.  “It was her turn tonight and she was strong on the line.”

Commanding Dash is a daughter of Scenic Lodge sire Dash For Cash and was initially trained by Darren Weir for placings at Pakenham and Geelong.  Her dam Mrs Commands has since foaled a 2yo colt and yearling colt by Turffontein. 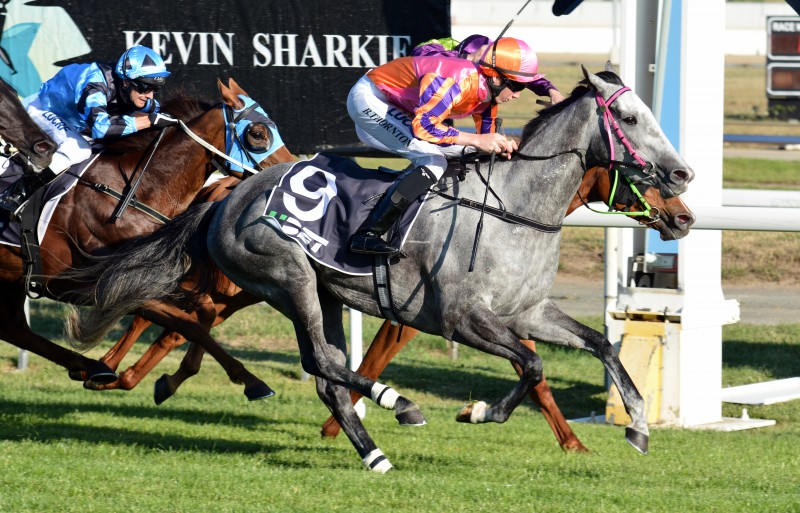