Leading female apprentice Jerry Noske settled him midfield and made ground in the straight to collar Spirit Bird (Craig Williams) at the furlong.  They let down and edged ahead after an exciting duel to score by a short-head.

“He’s a gem of a horse to ride,” Noske said.  “Everyone at the stable loves him and it’s fantastic to get such big reward.”

Man Booker (3g Discorsi – Morine by Danetime) began his career with a winning hat-trick at Belmont and was runner – up in the LR Fairetha Stakes (1400m) prior to the $500,000 feature on Super Saturday.

Trainer Dan Morton bought him on spec for $25,000 at the 2014 Perth Magic Millions and then syndicated him among a large syndicate of ladies.

Discorsi (Galileo) was a Flemington stakes winning half-brother to Champion WA sire Oratorio and had covered five books at Yarradale Stud before succumbing to colic in February. 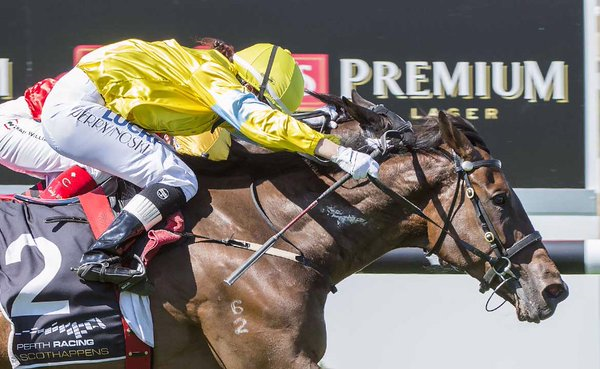