Spangled Impact emerged as Perth’s leading early-season two year-old after a stunning victory in the Crystal Slipper Stakes (1100m) at Ascot on Saturday.

The unbeaten daughter of Demerit was spotting the leaders at least six lengths at the top of the straight but gave them windburn under a hands-and-heels ride by veteran hoop Dan Miller.  She had won the Seacorp Plate first-up at Ascot on October 31.

“She’s the best two year-old I’ve ever had,” owner-trainer Mike Santich claimed.  “Dan won’t let anyone else on her.  He’s already waiting when I walk her across to the track in the morning.”

Santich knows what it’s like to own a good young ’un.  He won the $500,000 Burswood Juvenile Breeders Stakes in 1988 with unfashionably-bred filly Classico Belle.

Spangled Impact (pictured) cost just $2,000 at the Perth Winter Sale in June and has already earned $112,400.  “She’s a very intelligent filly and ticks all the boxes,” Miller said.  “She worked really good here on Tuesday.”

Taunton Vale stallion Demerit (Lonhro) sired her in his second crop from Spangles (Perugino), an unraced half-sister to Old Comrade who won Group 1 races in Melbourne and Perth for Bob Peters.

Demerit won the G3 Caulfield Guineas Prelude (1400m) for Sheikh Mohammed and the sale to Taunton Vale was brokered by Damon Gabbedy of Belmont Bloodstock (FBAA). 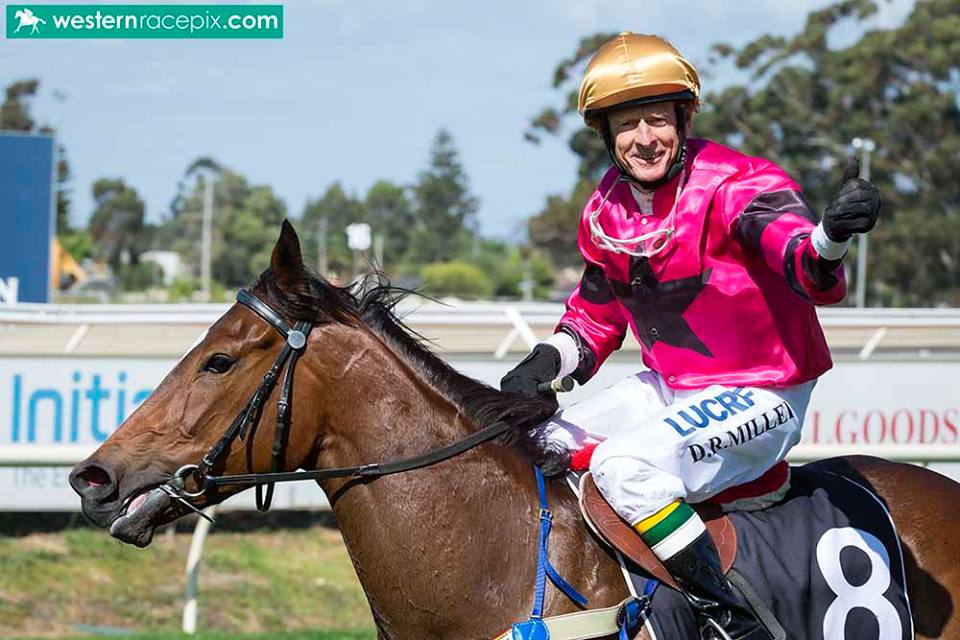