Warra Warra Park stallion Coconut Grove was represented by his first winner at Pinjarra on Sunday.

The John Parker trained filly Awesome As moved him off the mark in the Alcoa Maiden (1416m).  She jumped one of the favourites after a Bunbury placing earlier this month.

Awesome As (3f Coconut Grove – Daughter’s Demand by Verglas) is the first foal of a mare who won a Bunbury maiden for owner-trainer Neville Smith.  The Smith family welcomed her latest foal – a filly by Ihtiram – in September.

Coconut Grove was trained by Tony Noonan for three wins in Victoria before a convincing victory in the Carlton Fusion Hcp at Ascot (1600m) at his penultimate start before retiring to stud.  A son of King Cugat from G1 Flight Stakes winner Assertive Lass (Zeditave), he is a half-brother to Group 1 racehorse and sire Reset. 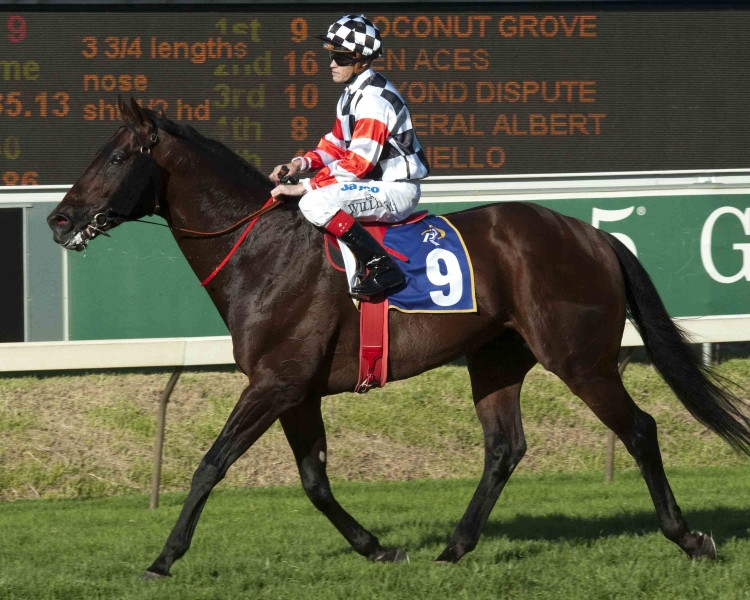