Behrnik’s Bank had won her first two starts by a combined 31 lengths in Pennsylvania but was run down by the daughter of Yarradale Stud sire Frost Giant.

Frosty Margarita (2f Frost Giant – Mango Margarita by Not for Love) settled a length behind the long odds-on favourite before edging clear for a neck victory at Aqueduct.  They streeted the rest of the field by 12 lengths.

“I wanted to pressure the other filly because I knew she could keep going if I didn’t stay close,” winning jockey Irad Ortiz said.  “But my filly settled good and when I asked her to run, she was there for me.”

Trainer Rudy Rodriguez was happy to see Ortiz put Frosty Margarita into the race.  “She’s been training the lights out but I was hoping we weren’t going to sacrifice our horse to push the favourite,” he said. “It looked like we did the right thing.  Don’t leave her alone.  Keep the pressure on her.  Maybe that was the key.”

Frosty Margarita won her maiden at Saratoga and had already joined black-type ranks when winning the LR Key Cents Stakes (1200m) in November.  Her next assignment will be the LR Maddie May Stakes (1670m) on January 31 or she will be freshened up for the LR Franklin Square Stakes (1200m) on February 20. 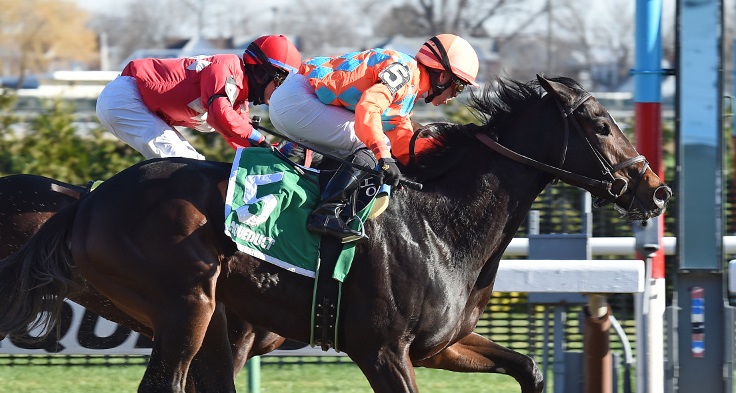