Trainer Mike Hushion guided him to black-type scores in the Times Square Stakes and Affirmed Success Stakes last year and his career stats total 6 wins and $393,409 in prizemoney.  He was purchased by Blue Bison Stable for $35,000 at the 2012 New York Fasig-Tipton yearling sale.

Loki’s Vengeance gathered momentum for jockey Jose Ortiz in the straight to prevail by a half-length over Geaux Mets (Posse) and Empire Dreams (Patriot Act).  “He keeps himself looking a million dollars,” Hushion said.  “A lot of good horses stay like that, tough horses.

Loki’s Vengeance was bred in New York by Andrew Cohen who shuttles Frost Giant from Keane Stud to Yarradale Stud.  His dam Subtle Sweetness (During) foals to Frost Giant every year.  She has a 3yo gelding named How Frosty, 2yo colt Chilly Bon Bon and a pair of unnamed fillies.

Frost Giant (Giant’s Causeway) covered southern books in 2013 and 2014 before colic ruled out a third at Yarradale this year.  His first Sunspeed yearlings have been entered for the Perth Magic Millions in February. 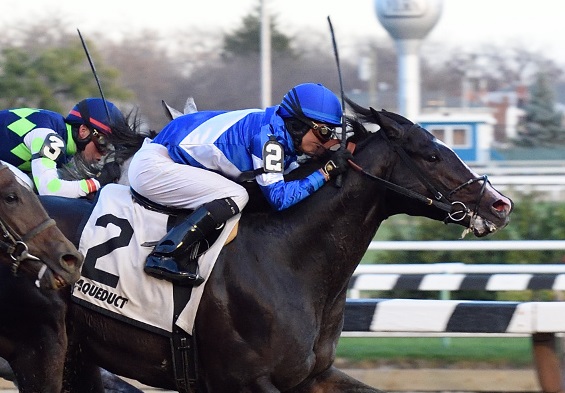