Properantes has emerged as the main stumbling block between Bob Peters and another Perth Cup in the New Year.

The Danehill Express gelding won the LR Raconteur Stakes at last year’s carnival and he put the writing on the wall for another summer feature in the Perth Racing Instagram Hcp (2200m) on Saturday.

“I was a bit worried stepping him straight up from 1600m to 2200m but he did a good job,” trainer Coin Webster said.  “It was his first time over that distance and I conditioned him with longer work.  He’s a good horse and I’m very happy with that win.”

“He’s a top-level horse,” jockey Troy Turner said.  “It was a good tempo today and he got rolling and ran it right out.”

Webster and part-owners Pete Dinnison, Paz Princi & Anthony Torre paid $20,000 for Properantes at the 2013 Perth Magic Millions.  Bred and sold by Mungrup Stud, he has a 2yo half-brother by Red Hot Choice and their dam has a filly on the ground by Playing God.

Mungrup will be back at the 2016 Magic Millions with five yearlings by Danehill Express.  He is currently third on the WA sires’ premiership with 27 winners and earnings of $963,150. 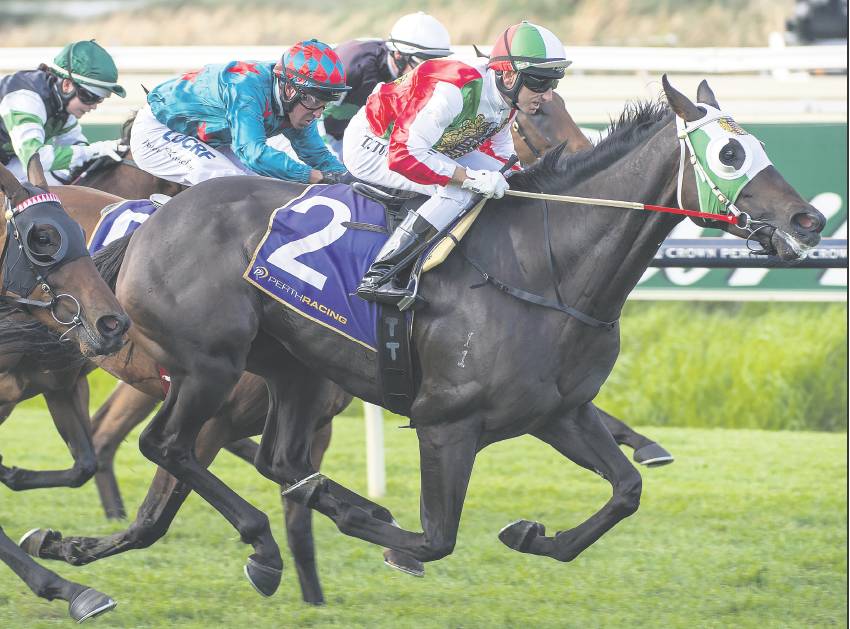