Scenic Lodge sire Snippetson has banked another lucrative purse with Lady Sniper in the $250,000 Inglis Sprint (1100m) at Randwick.

The Bjorn Baker trained filly will head for spell following a promising first prep in Sydney.  “I told the owners she would be right in the finish,” Baker said after the filly scored by a neck despite scouting wide on Saturday.  “She will go out now and come back in the autumn.”

Lady Sniper (3f Snippetson – Lady Titus by Arena) is from a half-sister to the Mister C stakes winners Misty Dawn & Easy Landing and was a $20,000 buy for Boomer Bloodstock (FBAA) at the 2014 Inglis Classic Summer Sale.

She had broken her maiden at Beaudesert on Australia Day before transferring to Baker for a second-up win at Canterbury in October.

Lady Sniper’s connections have pocketed over $230,000 and the filly also earned her trainer a pair of Swarovski binoculars on Saturday.  “It’s a credit to Craig Rounsefell of Boomer Bloodstock,” Baker declared.  “She only cost $20,000 and look at her now – I thought she was a standout in the parade ring.”

Snippetson’s Melbourne based filly My Poppette won the G2 Moonee Valley Fillies Classic (1600m) in October and his Queensland flyer Security Belle is being set for the Capricornia 2YO Classic (1200m) after a dominant debut at Rockhampton last month.

Scenic Lodge stands Snippetson for a $6,500 (plus gst) service fee.  He has sired the winners of $1.25 million this season and is second on the Sunspeed sires’ table behind Scenic Lodge champion Blackfriars ($2.32 million). 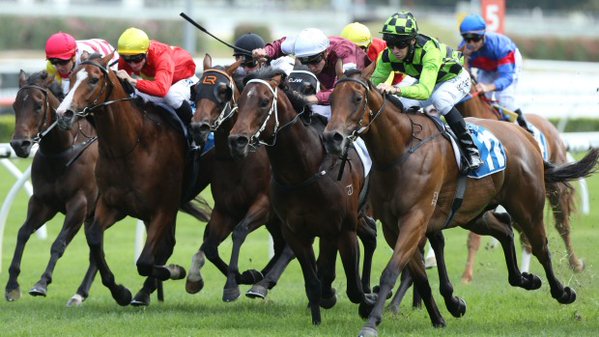