Blackfriars gelding Confusing has continued his latest campaign with a dominant victory in the Membership Pro-Rata Rates Hcp (1800m) at Ascot.

Confusing sat at the girth of front-runner Weekend Shadow before stealing a break at the top of the straight to score by two lengths from O’Reilly’s Crumpet (O’Reilly) and Preselection (Authorized).

The Neville Parnham trained gelding warmed up with two 1400m races earlier this month and those hit-outs had him peaking on Wednesday.  “His trackwork had been good and he was ready to step up to 1800m,” stable foreman Mark Sestich said.  “He hit the line nicely and should go further although I think 1800m – 2000m suits him at this stage.”

Confusing is a three -quarter brother to Blackfriars’ G2 WA Derby winner Rohan and the dam of LR Gimcrack Stakes winner Darlington Abbey.  Parnham bought him from Scenic Lodge for $110,000 at the 2012 Perth Magic Millions for a partnership that includes staunch stable clients Santo Guagliardo and Bob Pearson.

“Those first two runs back were encouraging and he would have finished closer last time except for being held up,” winning jockey Steve Parnham explained.  “When I did the speed map for today, the thought did cross my mind we could be closer to the lead than usual.  There was no pace and he settled outside the leader – that’s the key – he travelled and then gave a good kick.”

Scenic Lodge has catalogued Confusing’s full brother as Lot 276 at this year’s Perth Magic Millions on February 16.  Their dam Crossed Wires (Scenic) has a Blackfriars filly at foot and she was bred back to Sunspeed’s champion stallion in October.

Blackfriars has 17 yearlings from Scenic Lodge at the Magic Millions.  “We are delighted with our draft,” operations manager Jeremy Smith told TABForm this week.  “Blackfriars continues to dominate in WA.  His stock are just so genuine and tough and improve every campaign and love our conditions and tracks.” 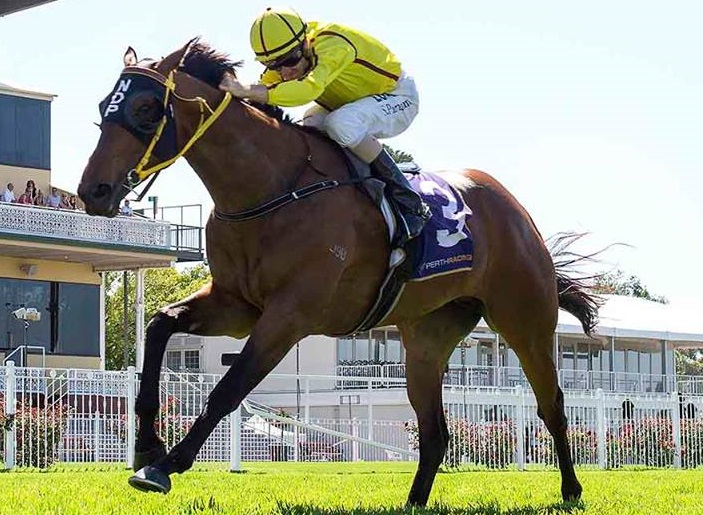