Home Dequetteville double ahead of Dash For Cash

Dequetteville double ahead of Dash For Cash

Dash For Cash sired his latest two year -old winner when With A Bit Of Dash bolted in by the best part of four lengths in Adelaide on Saturday.

The Chris Bieg trained filly will be given a black-type campaign after her second-up victory in the Schweppes 2YO Plate (1050m) at Morphettville on Saturday.  “She’s a very nice horse and I will probably give her a freshen up then bring her back for the Adelaide carnival,” Bieg said.  “A race like the Dequetteville Stakes will be her goal next prep.”

This year’s LR Dequetteville Stakes (1100m) is scheduled for April 23.  Bieg won the juvenile feature with Dash For Cash filly Dashitude in 2012.

With A Bit Of Dash (2f Dash For Cash – Storm Esprit by Bel Esprit) camped behind the three leaders who raced abreast until straightening for home.  She had the drop on the trio and then powered home after being hooked into clear running by Todd Pannell.

Dash For Cash also has Cash Dash being set for the $100,000 Capricornia 2YO Classic (1200m) at Rockhampton in April.  “He won a trial by 9 lengths – it was a bit of a shock actually that it was such a big margin,” trainer Stephen Jones said.  “He’s thrived since we’ve had him at Jacaranda Park in Beaudesert – he likes the paddock life.

“For a two-year-old he’s very professional.  He’s always just got in and done his job.”

Dash For Cash (Secret Savings) has served two books at Scenic Lodge in Muchea and his first Sunspeed-bred yearlings will be catalogued for the 2017 Perth Magic Millions. 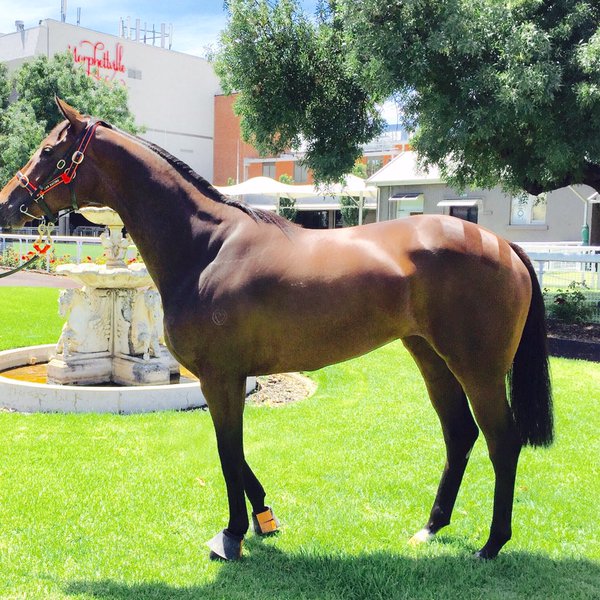