Dream Lifter broke a run of outs for local gallopers when he landed a plunge in the $100,000 Mungrup Stud Sprint (1300m) at Mt Barker on Sunday.

The son of Mungrup Stud stallion Danehill Express was backed into a $2.20 favourite and travelled a treat behind front-runner Corporate Larrikin before cruising home by more than two lengths.  Winning jockey Mitchell Pateman even had time to salute the large crowd in attendance for the popular Grapes & Gallops Festival that incurred an $800 fine from stewards.

Hunter claimed the 2007 Mungrup Stud Sprint with My Leo (Metal Storm) and his latest winner is owned by Gary Cummins and Neville Matthews.  They raced his dam Ebony Storm and the best of her 12 wins was the LR Jungle Mist Classic at Ascot.

Retired to Mungrup Stud, she delivered Dream Lifter first up but died without producing another foal.

Danehill Express has five yearlings from Mungrup Stud entered for the Perth Magic Millions next month including Lot 153 (Colt ex Stellar Storm) and Lot 295 (Filly ex Dream Of Storms) who are bred on the same Metal Storm cross as Dream Lifter. 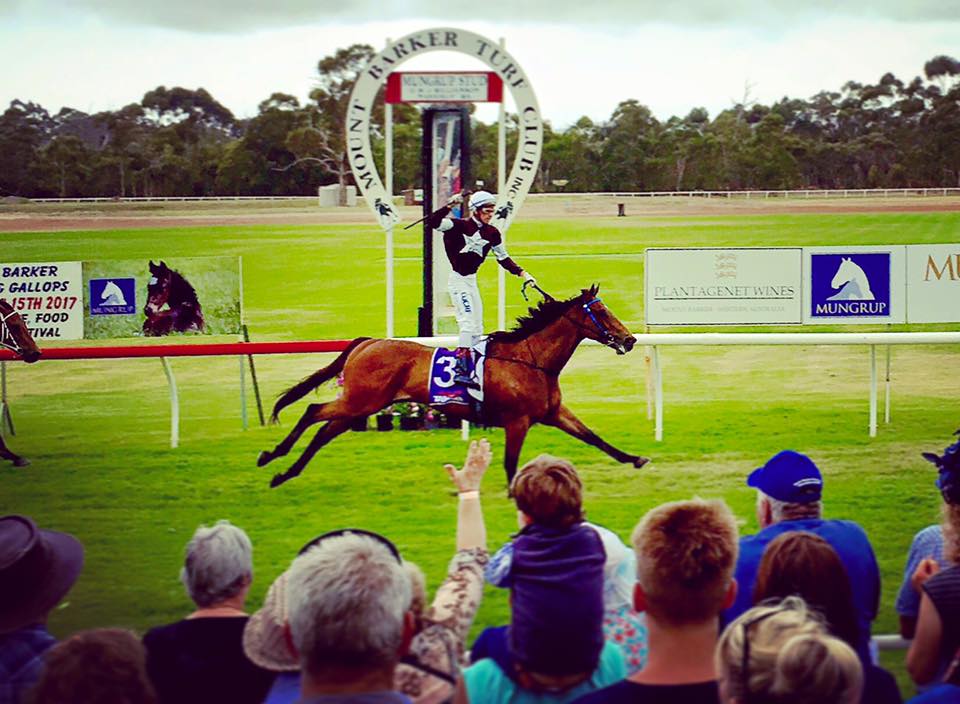