Football rivals unite for Owners Only

Horse racing forges partnerships between even the strangest of bedfellows.

But one thing clearly unites former fierce western derby rivals Dean Cox and Rick Hart, who have been paired to help promote racehorse ownership in Western Australia – their thrill of winning.

Hart will join Cox as an ambassador for Owners Only, a Racing and Wagering WA initiative aimed at bringing current and potential racehorse owners further inside the industry.

Former West Coast champion Cox said he had never imagined joining forces in any capacity with the ex-Fremantle chairman.  “No, I wouldn’t have thought so,” Cox laughed.  “But he’s been a massive industry supporter for a long period of time and he brings a real passion for it, so I’m looking forward to working with him.”

Cox told The West Australian journalist Steve Butler the Owners Only concept was growing steadily, particularly through the recent success of the Perth Cup and harness racing’s Inter Dominion series.

“It’s starting to make some headway,” he said.  “It takes a bit of time and effort to get the word out there about what the concept is about – and that’s to give owners some added extras – but it’s getting some traction now.

“It doesn’t matter what meet or race it is, the elation you get from winning is what it’s all about and having fun doing it.”

Hart, a former bookmaker who raced Group 1 winner Jacks Or Better, will have his first official duties at the inaugural Ownership Sundowner at the Perth Convention and Exhibition Centre’s Summer Garden on February 2.

The event will allow people to engage with key industry personnel to find out how to become involved in racehorse ownership and to provide relevant information for the Perth Magic Millions yearling sales at Belmont Park on February 15 and 16.

“This is an opportunity to give something back to an industry that I love and have basically been involved with all my life,” Hart said.  “I’d like to make a bit of a difference in helping potential owners become involved in the sport and it’s a good time to find a bargain.” 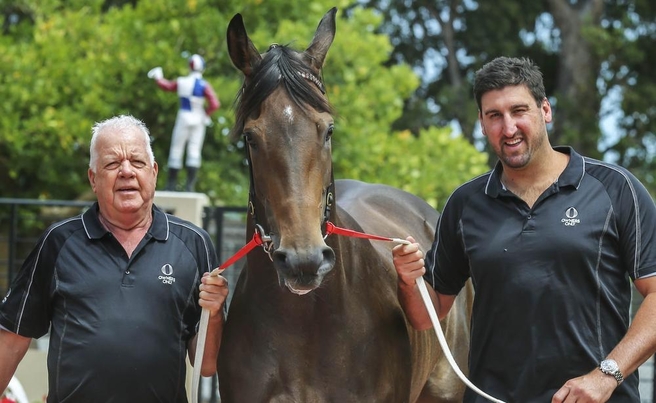