A Street Cry colt from WA based Gold Front Thoroughbreds was purchased by WinStar Farm and China Horse Club at the Magic Millions last week.

The international partnership paid $370,000 for the son of Randwick stakes performer Mafia Miss (Mossman).  He is from the final crop of Darley champion Street Cry and was a part of the consignment from Newgate Farm.

“Street Cry has been a proven international sire for a long time and sadly we are not going to see any more of them,” said bloodstock agent Michael Wallace who was acting for China Horse Club chairman Teo Ah Khing.

Gold Front owners Alan and Sue Olive have a Pierro – Mafia Miss filly on the ground and they bred the mare back to Dissident in October.

The Olives also sold a Snitzel colt to Gai Waterhouse for $220,000.  He’s a brother to Extreme Impact who was runner-up to Snitzerland in the G3 TBV Breeders’ Stakes (1200m) at Flemington.

Aquanita trainer Simon Miller bought three yearlings for his Ascot stables headed by an All Too Hard half-sister to G1 Golden Slipper winner Polar Success.  She cost $210,000 from Gerry Harvey’s Baramul Stud and, at that price, was a bargain on residual value alone.

Elio Galante paid $200,000 for a Delago Deluxe colt to race in his blue and gold silks and Neville Parnham bought a Helmet three-quarter sister to his LR Summer Scorcher winner Excelorada for $50,000. 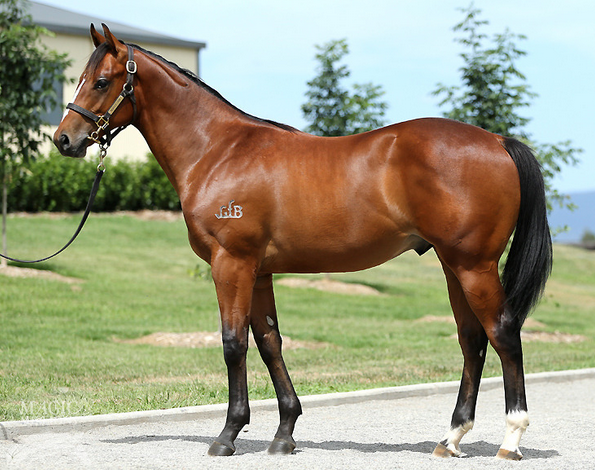