Snippetson sprinter Lim’s Sincere maintained his consistent form with a front-running victory in the Happiness 2016 Stakes (1000m) in Singapore on New Year’s Day.

The speedy three year-old has only missed the money once since a winning debut at Kranji in July and that was in the G3 Juvenile Championship behind top 2YO Super One.   “He’s had a few problems but showed ability from Day 1,” trainer Steven Burridge said.   “He was also a very excitable type of horse and always got stirred up.

“We tried hold him up but then decided to just let him run along and it’s paid off.”

Former champion jockey Mick Dittman bought Lim’s Sincere for $30,000 at the 2014 Magic Millions HIT Sale.  He is the second foal of unraced mare Exabaa (Anabaa) and her third foal is a Snippetson 2yo filly named Snipex Abaa.

Snippetson has sired the winners of 46 races in Australia this season and is currently running second to Blackfriars on the WA premiership with earnings over $1.47 million.  He stands at Scenic Lodge and has three yearlings catalogued for the Perth Magic Millions next month. 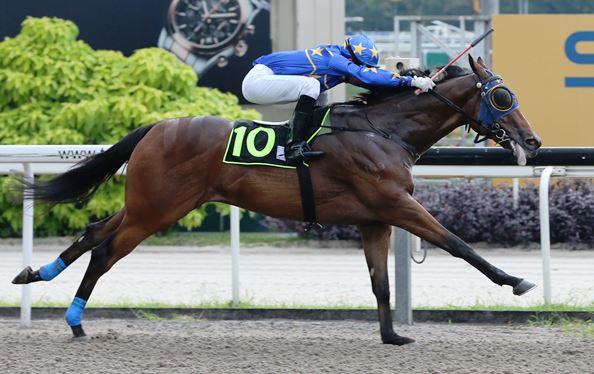