Home All aboard Breeders Alliance

All aboard Breeders Alliance

Western Breeders Alliance was first in, best dressed with its yearlings for the Perth Magic Millions starting on Monday.

The go-ahead partnership was the first vendor ready for inspections at the Belmont sale-grounds on the back of a ground-breaking victory by The River in the Magic Millions 2YO Classic at Pinjarra last Sunday.

The Alliance comprises Darling View Thoroughbreds, Westbury Park and Einoncliff Park and The River was among its initial consignment at the 2015 Magic Millions.  There’s 21 yearlings stabled in Barns 11 & 12 this year and among the star lots is the Your Song half-brother to The River (Lot 3).

“He’s a strong, thick-set athlete,” Darling View manager Brent Atwell said.  “And despite what Trevor Andrews said at Pinjarra, he has impressed everyone during our pre-sale inspections at home.

“Trevor tried to put all the other trainers off the scent when Matt Browning interviewed him on Sky Channel at the presentation.  He laughed and said the colt was a horrible type but that didn’t fool anyone.”

Western Breeders Alliance also has the only yearling by I Am Invincible at the Perth Magic Millions.  Yarraman Park’s hot young sire was all the rage at the Inglis Classic Sale last week – his colt from English mare Quirina sold for a record-breaking $410,000.

Westbury Park studmaster Phil Ibbotson bought I’m Jester Gal (Rory’s Jester) in foal to I Am Invincible for $50,000 at the 2014 Magic Millions National Sale and her filly (Lot 341) will be worth waiting for among the last half-dozen lots to parade next week.

Western Breeders Alliance was conceived over dinner at the Gold Coast two years ago.  “We agreed it would be a good idea to combine our yearlings,” Atwell recalled.  “David Houston from Perth Magic Millions was also there and he said it would help focus our yearlings under one banner.” 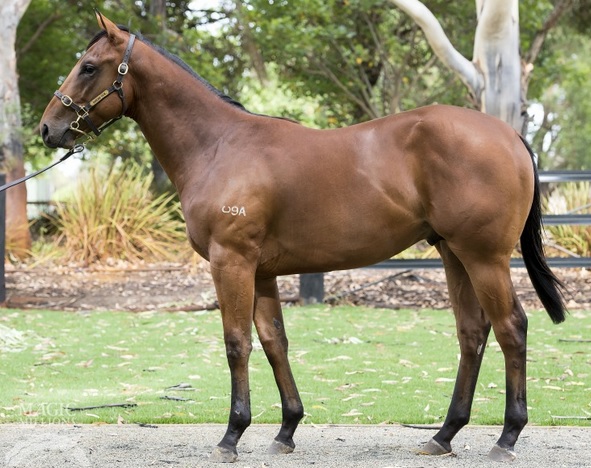 MAGIC YEARLING
Your Song half-brother to The River