Premium Bloodstock (FBAA) agent Grant Burns is coming off a whirlwind round of commitments ahead of the Perth Magic Millions on February 15.

The WA based agent-auctioneer started the New Year with a hole-in-one at the Widden Stud Golf Day on the Gold Coast and for an encore he knocked down the $1.60 million Snitzel colt that topped the Magic Millions yearling sale.

Burns then flew to South Africa for the Cape Premier Sale and was only four lots into his first run when a Silvano colt broke the South African record at R6 million.

“It was a landmark sale and I probably didn’t really appreciate it until the sale finished,” Burns explained.  “It’s a great thrill to sell those top lots.  The South Africans are fantastic hosts and the Cape Sale attracts international buyers.  Coolmore Stud purchased the Silvano colt in partnership with Markus Jooste.”

Back home in Perth, Burns is busy ahead of the Magic Millions and not just in his role as the sale’s auctioneer.  He’s a TBWA committeeman and is also bloodstock adviser to Yarradale Stud owner Ron Sayers. 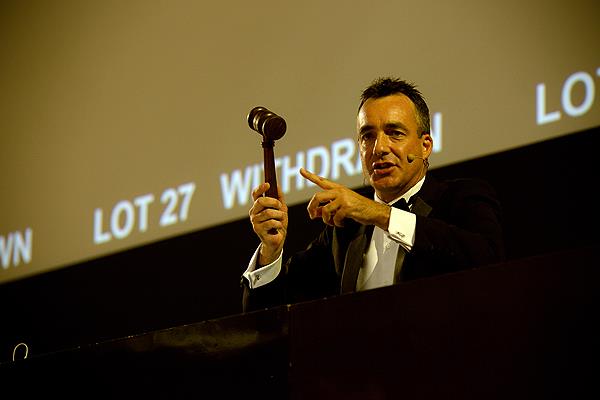 BLACK-TIE BURNS
Dressed to the nines in Cape Town