Class a winning factor for Angola

Erstwhile Victorian galloper Angola has a class edge to double up in this year’s Bunbury and Pinjarra Cups.

The well-performed son of Helenus will be one of the favourites for the south-west features after powering home in the LR Detonator Stakes (1800m) at Ascot on Saturday.  “Angola arrived here from Pat Carey’s stable last month,” trainer Justin Warwick said.  “That was his second start for me and its was a very impressive win.  I’m sure there’s more in store.”

The Detonator was his first black-type victory and the 7th overall for Group 1 racehorse and sire Helenus.

Angola (7g Helenus – Nyasa by Don’t Say Halo) is a homebred for Sunspeed breeder Trevor Delroy and among his Melbourne wins was last year’s VRC Rain Lover Hcp (2500m) at Flemington.  He was also stakes placed in the LR Bagot Hcp at headquarters.

Helenus (Helissio) was the champion three year-old of his generation winning the G1 Caulfield Guineas, Victoria Derby and Rosehill Guineas in 2002-03.  Delroy stood him at Heytesbury Stud and Alwyn Park in WA before transferring to Woodside Park (Victoria) and Wattle Grove (NSW) where he died in April 2013.

“The progeny of Helenus have been outstanding horses,” Carey said after Angola won the Rain Lover.   “It’s a crying shame that he’s not with us anymore because he leaves a fine type of horse.” 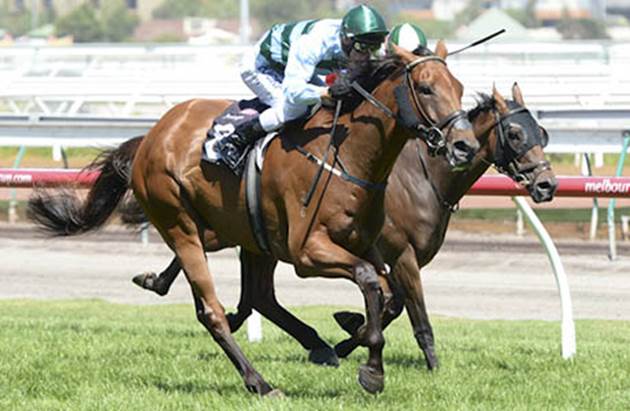