“He hasn’t got any idea of what’s going on but was hungry for the line,” Kersley said.  “He’s going to find lengths when he puts it together.”

He’s raced by Loloma Farms and partners after making $20,000 from Bellbridge Park at the 2014 Perth Magic Millions.  His dam foaled a filly by My Admiration in September and was then bred back to Alfred Nobel.

Black Dynamite’s Ascot victory was worth $58,400 in prizemoney and a Westspeed bonus.  It lifted Alfred Nobel’s prizemoney to $464,325 since August 1 and he heads the WA second-season ladder from War Chant ($428,500).

Alfred Nobel has 13 yearlings parading at the Perth Magic Millions commencing next Monday, February 15.  Among them is the Bellbridge Park filly from Mystic Bisque (Corporate Raider) who is from the immediate family of Black Dynamite. 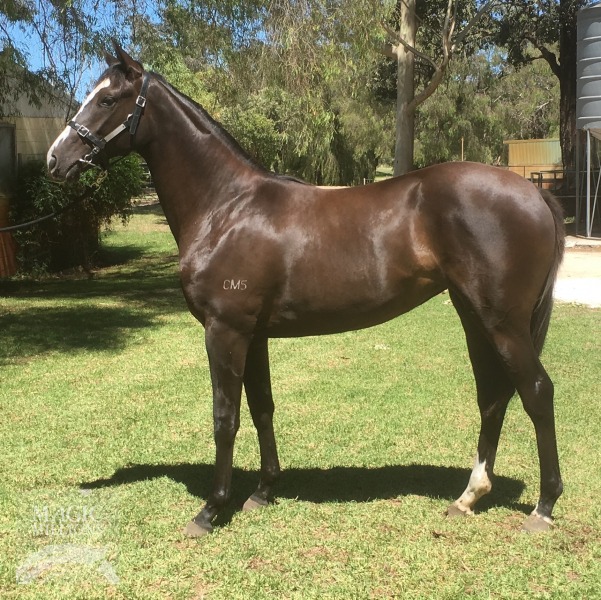