It’s a family-run enterprise with their daughters Claire and Ann both hands on.  Claire manages the yearlings while Ann and husband Tom are an integral part of the organising and promotions.

“We’ve been floating up the Albany Hwy for a long time now and the yearlings should be settled in at Belmont and ready for our Sundowner Parade on Friday afternoon,” Williamson said.  “I have to say they’re the best group of potential two year-old winners we’ve ever brought up to the Magic Millions.”

That augurs well for the latest crop of yearlings by Oratorio (Aus).  Mungrup’s alpha-male has been crowned WA Champion 2YO sire every season – bar one – since 2010-11.

Williamson’s prediction will also motivate prospective buyers inspecting the second southern crop of Mungrup shuttler Dick Turpin (Ire).  He’s already off the mark with brilliant Ascot winner Guest Express and, with 27 lots looking for new homes, there’s a horse for every budget at the Magic Millions.

“A trainer told me he can normally cut a consignment back to a few favourites but his Dick Turpin short-list was still in double-figures,” Williamson said.  “This crop really looks ready-made.”

Williamson highlighted the following Dick Turpin yearlings being offered on Monday and Tuesday;

Lot 46 / Colt ex Mia Myth (Don’t Say Halo)
Beautifully put together and a get-up and run colt if ever I’ve seen one.  He’s a half-brother to four winners from 1000m to 2400m and his dam has an outstanding filly on the ground by Playing God.

Lot 108 / Filly ex Rebellious (Key Business)
Stunning black filly.  She’s a powerful type and is prepping nicely for the sale.  Looks an early-goer and her dam is a sister to Hot Shot Brother and Cool Business.

Lot 130 / Colt ex Scuffs (Speed Week)
A great-looker who is already a size even though he’s a November foal.  Scuffs won her maiden first-up at Pinjarra and the officials didn’t post the time because they thought she couldn’t have gone that fast.  It was spot-on alright and she trained on to win a Summer Scorcher at Ascot clocking 56.20s for 1000m.

Lot 185 / Filly ex True Surrender (Poliuto)
Exceptional filly with a broad chest, big girth and plenty of substance.  The mare has 6 to the races for 6 winners including WA Guineas winner Moccasin Bend.  This one looks a three year-old, too.

Lot 230 / Filly ex Bantry Bay (Tale Of The Cat)
Very forward and you could just about saddle her up now.  All the mare’s foals to race have been winners and her latest – Our Time Will Come – was very impressive at Ascot last month.  We sold her for $45k last year and she’s already earned more than double that.”

Lot 187 / Filly ex Tudor Etoile (Zabeel)
Lovely hind-quarter and you can see the Zabeel coming out in her.  She’s a half-sister to Bright Life who won another stakes race in Malaysia last month.

Lot 205 / Filly ex Zaleba (Zabeel)
Another first-class filly from a Zabeel mare and that gives them a double cross of Nureyev.  Apart from his Group 1 record in Europe, one of the reasons we bought the southern breeding rights to Dick Turpin was to mate him with our Oratorio mares for that cross to Nureyev. 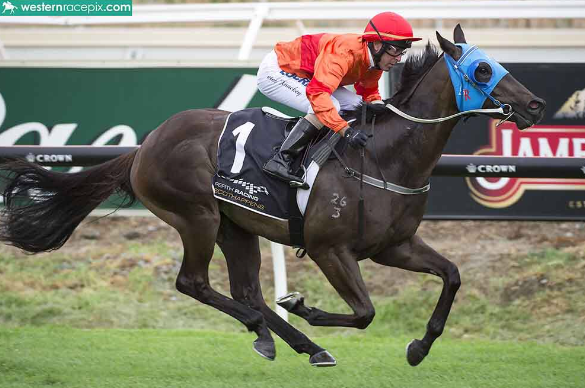