Gervase Park owner Dr Chris Gales will head to the Perth Magic Millions yearlings sale with a spring in his step after Let It Slip’s victory in the Magic Millions WA 3YO Trophy (1200m) on Sunday.

Gales sold the daughter of Not A Single Doubt to a large syndicate for $130,000 last year and he has another filly by the Arrowfield Stud stallion catalogued as Lot 164 on Tuesday, February 16.

Let It Slip (3f Not A Single Doubt – Oopsy Doopsy by General Nediym) followed a proven formula for trainer Dan Pearce when she claimed the sales-related race in a close finish from The Cobbla (Danehill Express) and Rhi’s Rocket (Hinchinbrook).

They swamped odds-on favourite Lucky Street who pulled up with cardiac arrhythmia.

“We won it with Testamezzo two years ago when he was racing first-up,” Pearce said.  “It worked with him and this filly was fresh and had been working super.  She’s only tiny and is a pet around the stable.”

Let It Slip won the LR Placid Ark Stakes (1200m) at Ascot on Super Saturday and hadn’t been sighted since finishing fourth in the G3 Lee-Steere Classic on December 5.  “She’s been readymade since her first jump-out,” jockey Jarrod Noske said.  “The favourite looked hard to beat on paper but she let down well and I reckon she will get out to a mile.”

Pearce said she will be set for the LR WA Breeders’ Classic (1400m) at Bunbury on March 13.

Her final foal is a Blackfriars 2yo colt named Gangbuster who finished fourth on debut at Belmont in October.

Gervase Park has 13 yearlings catalogued for the Perth Magic Millions and its Not A Single Doubt filly is from the Lee Freedman trained Ballarat winner Sweet Lorraine (Encosta de Lago).  Her first foal Taste Of Money won for the third time at Scone last month. 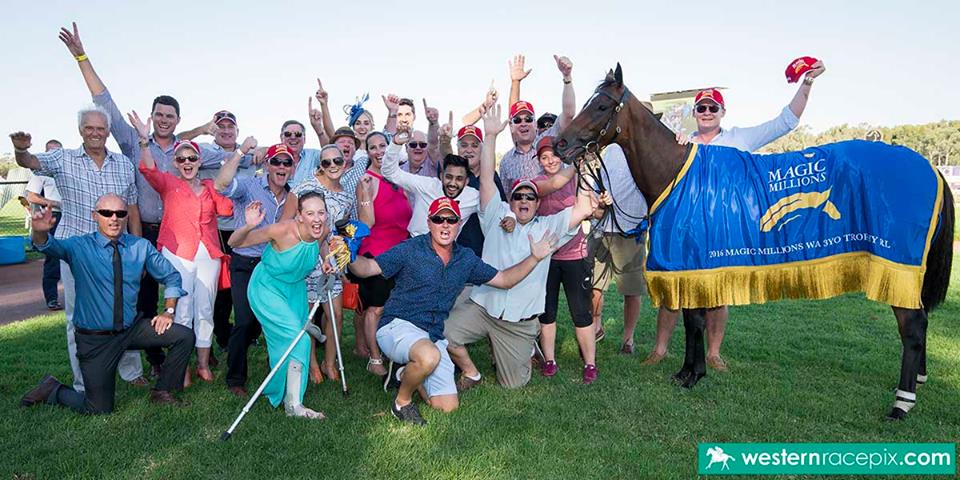