Punters who took a lead from Aquanita trainer Simon Miller at the Perth Magic Millions would have backed his first-starter Atacama Sky on Saturday.

Miller fought off several keen under-bidders to buy his younger half-brother for $75,000 last Monday afternoon and it paid off at Ascot.

Atacama Sky (2g Scandal Keeper – Morine by Danetime) was backed into even-money on debut and was untroubled to win the Community TAB Plate (1000m).  “He was just too quick for them,” jockey Jason Brown said.  “He’s been well-educated by Simon and the team and was never going to get beat.  I had a look around to see if I had to go to work but he’s a professional and had them covered.”

Miller reported the gelding had pulled up well for his next start in the LR Perth Stakes on March 19 and he is also among 11 stable entrants for the G2 Karrakatta Plate on April 2.

His dam Morine didn’t race, unlike her black-type dam Femme (Surtee) and sister Refemme, but she’s clicked with Yarradale stallions and repaid Gilles many times over at stud.

The mare’s first visit to Gidgegannup produced last year’s G2 WA Guineas winner Man Booker.  He’s by Discorsi, however, there were mixed emotions in the wake of that victory – the stakes winning son of Galileo had succumbed to colic earlier in the year.

Atacama Sky was next and there are more Scandal Keeper two year-olds out there ready to follow his lead.  Scandal Keeper sired 102 foals from a busy season in 2012.

Miller went back to buy the Gingerbread Man – Morine colt at last week’s Magic Millions and he won’t have any trouble syndicating the youngster with Astute Bloodstock’s Louis Le Metayer.

Gingerbread Man (Shamardal) was Champion Singapore 2YO and 3YO and his first crop have also found new homes with leading trainers Paul Jordan, Neville Parnham and David Harrison. 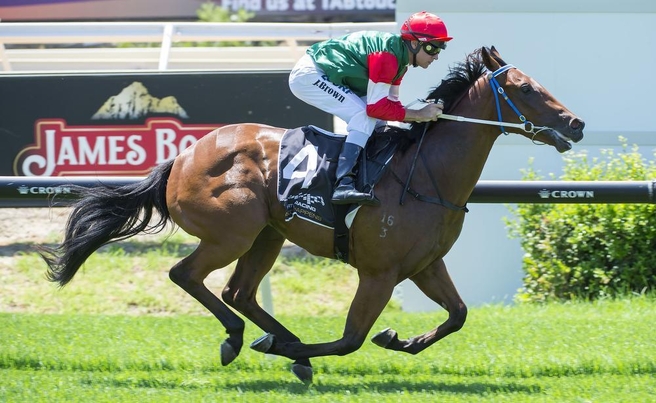