Scenic Lodge’s brother to Delicacy isn’t the only gem among its yearlings by Hunter Valley sires at the Perth Magic Millions next week.

The Stratum – Razzia (Scenic) filly is a standout on type and she owns a pedigree that won’t stand still.  Catalogued as Lot 106, she is a three-quarter sister to Averau (Stratum) who won last year’s LR Bagot Hcp at Flemington before retiring to be covered by Brazen Beau in September.

Miss Royale is another close relation by Stratum carrying on the good work this season.  She won first-up at Warwick Farm in December and trainer Chris Waller has nominated her for the Schweppes Hcp (1550m) at Canterbury this Friday night.

Scenic Lodge champion Blackfriars has 17 yearlings coming down from Muchea and one of the most popular during pre-sale inspections has been the filly from Ancient Lights (Lot 219).  She’s a half-sister to Dances On Waves (G2 Villiers Stakes) and the dam of Preferment who joined Blackfriars on the G1 Victoria Derby honour-roll in 2014.

Preferment added the G1 Turnbull Stakes in October and was given a soft trial behind top mare Catkins at Warwick Farm on Monday.  He will race first-up in the G1 Chipping Norton Stakes (1600m) on February 27 and then travel south for the G1 Australian Cup (2000m) at Flemington.

Scenic Lodge is stabled in Rows A, B & C at Belmont Park. 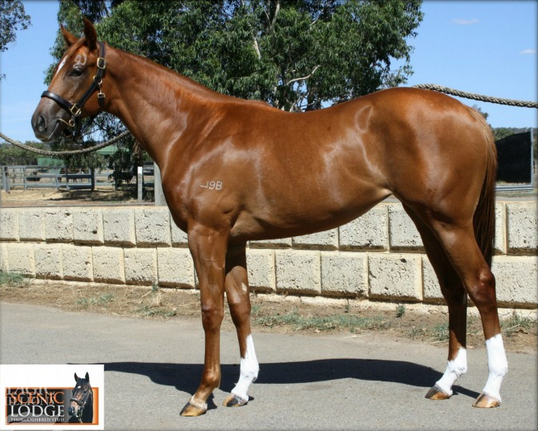