War Citi (Aus) tracked front-runner Nova Star (Captain Rio) and then ranged up to the NZ bred gelding at the top of the straight.  They bunkered down for a two-horse war at the furlong before the filly edged clear to score by a neck.

The Yarradale Stud bred three year-old was in the market behind odds-on favourite Star Genius (Starcraft) after an easy trial win last week.

“She’s bombproof and is such an easy horse to ride,” jockey Michael Rodd said.  “I never really went for her at the trials.  I just sounded her out and it was good to see her find something under pressure today.”

The winner cost $45,000 from Yarradale Stud at the 2014 Perth Magic Millions and is trained by John O’Hara for Toast Trusts & Chua Boon Kang Stable.  She is a half-sister to Perth winner Ima Citinpretty and a filly foal by Frost Giant.

Their dam Citinpretty (Citidancer) was unraced but had obvious residual value at stud.  She is a half-sister to the dam of G1 Kingston Town Stakes winner Early Express and her second dam Jungle Mist (Jungle Boy) was a Group 2 winner of the Winterbottom Stakes and Champion Fillies.

War Chant (Danzig) won the 2014-15 WA freshman premiership and his first crop have trained on this season with 10 individual winners of $400,000.  He has 19 yearlings entered for the Perth Magic Millions this month including 8 from Yarradale Stud.

Among his consignment from home base is the colt from City Living (Lot 263).  He’s bred on the same Citidancer cross as War Citi and is a half-brother to Diamond Dash (G3 WA Sires’ Produce Stakes) and Metro Miss (LR Matchmaker Classic). 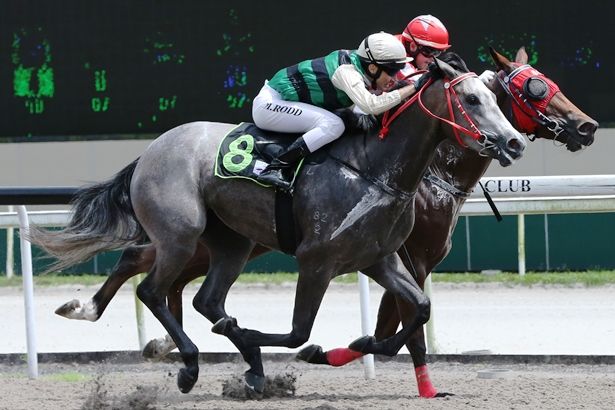