Champion stallion Blackfriars bounced back from a Group 1 placing at Flemington to land the LR Bunbury Stakes (1400m) with Young Lionel on Sunday.

Blackfriars sprinter Black Heart Bart ran the race of his life when beaten a head in the Newmarket Hcp on Saturday.  It was the second Group 1 placing for the Scenic Lodge sire at Flemington this season following Kia Ora Koutou in the Victoria Derby.

Black Heart Bart won the 2015 Bunbury Stakes before travelling east and Young Lionel made it a running double in the south-west sprint with a half-length victory over Dream Lifter and First Among Equals.

“I wasn’t worried when he was back in the pack at the top of the straight,” trainer Lou Luciani said.  “That’s his racing pattern and Jarrad (Noske) looked pretty confident.  It was a strong field but I knew he would stand up with an even share of luck.”

Young Lionel had opened his black-type account in last year’s LR Northam Cup for part-owners Colin Teede, Mike Kikeros and Lyle Bailey.  They bought him for $35,000 at the 2010 Perth Magic Millions and have since banked over $498,500.

The Bunbury Stakes win and Newmarket prizemoney helped Blackfriars climb into the Australian Top 20 with over $3.35 million in earnings this season.  He’s also on track for a sixth Sunspeed title in a row – Scenic Lodge sire Snippetson is next best with $1.97 million in prizemoney. 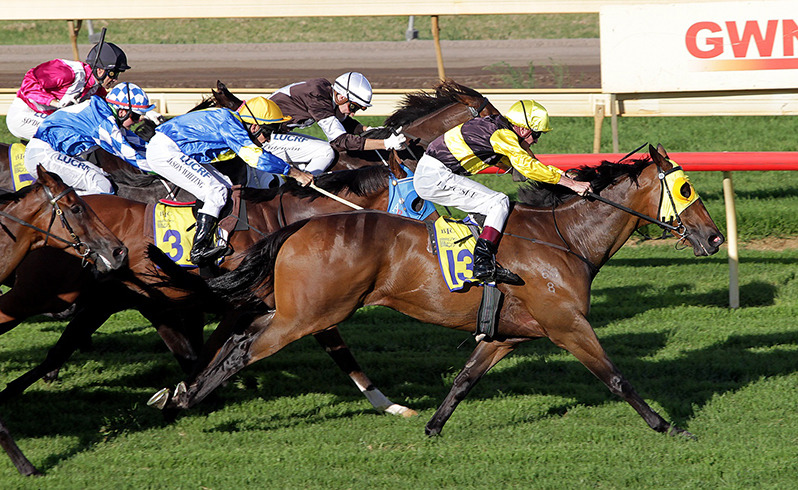