The Mungrup Stud stallion has been in superb touch with his in-form sprinter Dream Lifter only going down a half-length in the LR Bunbury Stakes on Sunday.

Jockey Joe Azzopardi said everything fell into place once the winner steadied in front.  “I thought I might have gone a bit too early,” he said.  “But he’s tough and kept kicking.”

Cougar Express (5g Danehill Express – Classic Enigma by Bletchley Park) is a homebred for former Carlton premiership player Ross Ditchburn and he refused to surrender when tackled by Tonto and Cougar Nights in the final furlong.

“He’s a grinder and I knew he would be hard to run down,” trainer Lindsey Smith said.  “We will wait and see whether to keep him going for the Pinjarra Cup.  He’s had a long campaign and probably deserves a rest.”

Cougar Express paid his dues as a younger horse with losses at Port Hedland, Roebourne and Broome before winning the 2014 Newman Cup as a maiden.  Returning to Perth this time last year, he joined Smith’s stable and won at Belmont and Ascot prior to a career-high victory in the south-west’s premier event of the season. 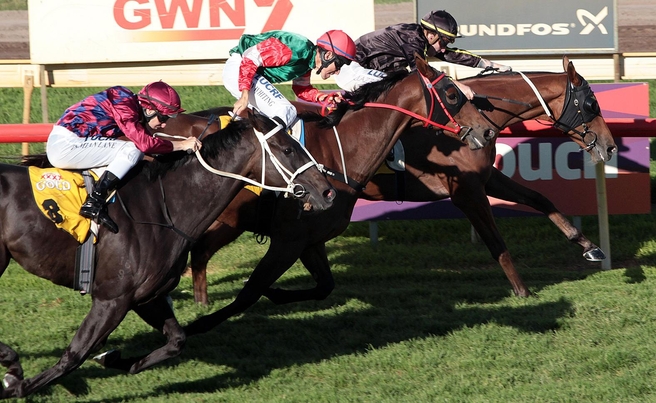