Snippetson mare Vergara has opened the Golden Slipper meeting with a fighting, front-running victory in the G3 Epona Stakes (1900m) at Rosehill.

Saturday’s win was her second black-type success following the LR Mona Lisa Stakes at Wyong in September.  “We thought she had come back a better mare this time in,” trainer Anthony Cummings said.  “And today was the first time this preparation she has been able to get on the bit and travel.”

Vergara (5m Snippetson – Graces Spirit by Flying Spur) appreciated the step up in distance off the G1 Coolmore Classic (1500m) and was strong on the line from the favourite Heavens Above. “That was a good, tough effort,” jockey James McDonald commented.  “She appreciated coming back in grade and was well suited at set weights and penalties.”

“This is probably her last campaign before going to stud,” Cummings said.  “We will look for a stakes race at Randwick and then go to Brisbane.”

Cummings mentioned the G2 Hollindale Stakes (1800m) at Gold Coast on May 7 as a possible kick-off point for the winter carnival.

Brilliant filly Security Belle is another Snippetson heading for a feature win in Queensland after maintaining her unbeaten record at Rockhampton on Friday.

She has won all three starts by a combined margin of 15 lengths and will start a hot-favourite in the $100,000 Capricornia 2YO Classic on April 9.  “There will probably be some good ones coming up from Brisbane,” trainer Fred Smith warned.  “But she’s got gears and there will be more improvement into the Classic.”

Security Belle (2f Snippetson – Kai Chow by Sanction) is from a mare who won the 2003 Capricornia Classic and is raced by Smith and part-owners Max Ison & Pat Paterson after being knocked down for $28,000 at the 2015 CQTBA Yearling Sale. 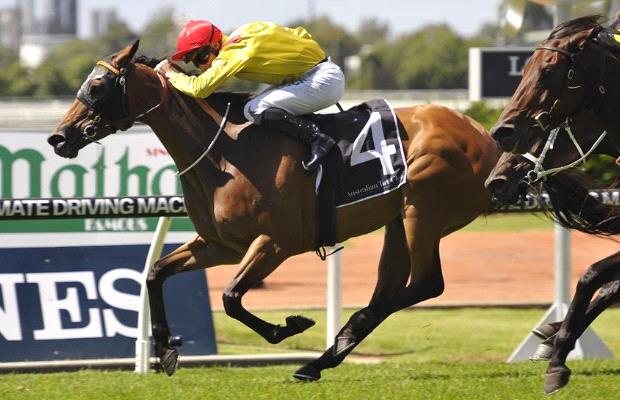