The owners of G1 Golden Slipper winner Capitalist were holding their breath when the previously undefeated All American filly Yankee Rose started to reel him in at Rosehill on Saturday.

That was in stark contrast with the elation of Geisel Park Stud owner Eddie Rigg who had just inked the deal to stand the former outstanding 2yo All American in Western Australia this year.

“I was sure we had the right horse in All American prior to the Slipper but I’m pinching myself now that Yankee Rose has announced herself as the real deal,” Rigg said.  “She heads the market for the Group 1 Sires’ Produce Stakes and looks a bona-fide star in the making.

“I’ve always dreamed of getting the next Scenic for WA and while recent additions to sire ranks of Snippetson, War Chant and Dash for Cash have been terrific, they join our champion sire Blackfriars in the twilight of their careers.

“So I enlisted the services of Mark Pilkington who identified and sourced Scenic for Durham Lodge back in 1999.  ‘Pilko’ mentioned All American had a very similar sire profile as Scenic did at the time of his acquisition and when we looked into him we agreed,” Rigg continued.  “He had bought him as a yearling and fortunately still managed some of the part-owners’ interests so we were able to facilitate a deal.”

All American (Red Ransom) will stand at a very competitive $10,000 (+ gst) introductory service fee at Geisel Park.  And there are 15 early-bird nominations at $7000 (+ gst) to reward those breeders who recognise All American’s undeniable claims on future Westspeed premierships.

“The heavy lifting has been done by Arrowfield Stud and the All American syndicate,” Pilkington said.  “His oldest progeny are only four and he has big numbers of quality stock to follow.

“His first crop included the top-class Gerald Ryan galloper Bachman, the best Team Hawkes 2yo Invisible plus the highly-regarded Eisenhower from the Waterhouse yard.  And his second crop included star miler Green Card who was sold to Hong Kong for a reported $1 million when at the top of the early Caulfield Guineas markets.

“His yearlings have been popular selling to $360,000.  On the back of a wonderful 2yo crop this year that also includes Lindsay Park’s Moonee Valley winner Rampage, All American has had 22 yearlings sell to $160,000 at an average of $69,000 this year.  And he provides a wonderful outcross for mares of all backgrounds.”

An outstanding pre-Christmas Stakes winning 2yo, All American ran second in the Blue Diamond, an unlucky fifth in Sebring’s Golden Slipper then raced on to win the Emirates Stakes.  In running the fastest ever Flemington mile by an entire, he left international star So You Think in his wake when he was in career best form.

“All American had the physique of a 3yo miler yet was one of my fastest and precocious 2yos,” Hall of Fame trainer David Hayes explained.  “He trained on to beat the world champion at four and he retired as sound as he raced.  My vet never saw him and I wish I had another one like him.” 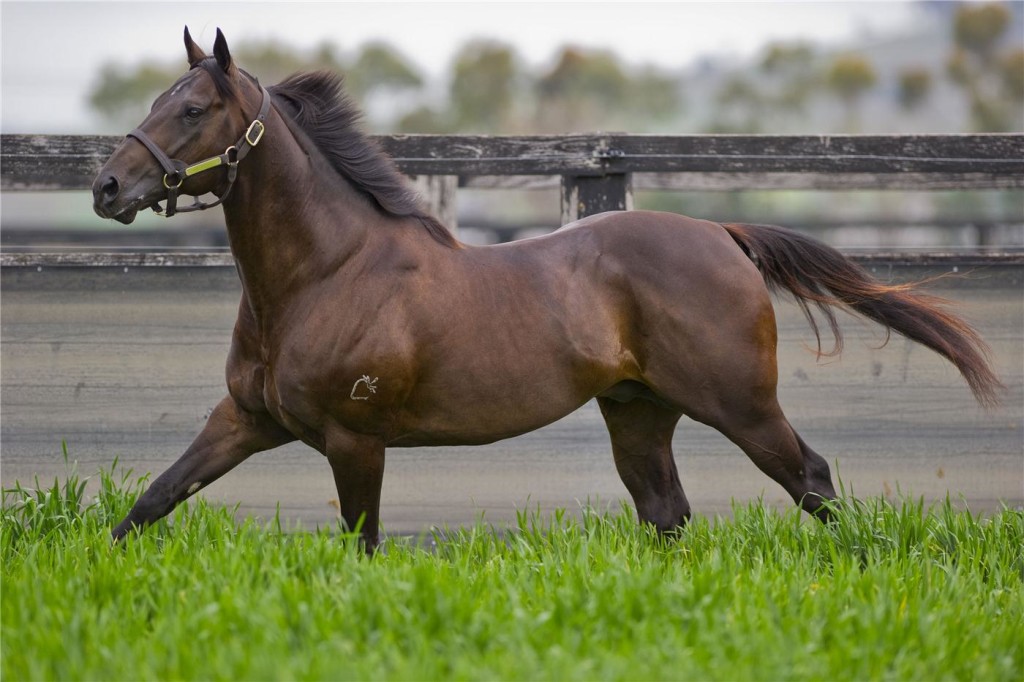