Oakland Park owner Neville Duncan bred the Snitzel – Beauty World colt that made $700,000 to the bid of international bloodstock agent Justin Bahen who was acting on behalf of Mr Hung.

“We viewed him half a dozen times and knew he was the colt we wanted,” said Bahen.  “He was full of energy throughout the sale and had a consistent attitude.  We spent enough time to make sure he was the right horse for us.”

The sale-topper (pictured) was sold by Blue Gum Farm as agent for Oakland Park and he is the second-highest priced yearling to be sold at public auction in Victoria.

The mare was positive to Henrythenavigator and she foaled a colt the following October that Duncan retained and named Lite’N In My Veins.  He won the G3 Sir Ernest Lee-Steere Classic on debut in December and followed up with another Ascot victory in January.

Duncan, who bred Northerly and raced him with trainer Fred Kersley, said Lite’N In My Veins still has a lot to learn.  “Fred did a fantastic job to win a Group 3 first-up.  I can’t help but get excited about him.”

Beauty World has an unraced 2yo named Where’s Wally (Rogano) and she’s back in foal to Darley stallion Sepoy. 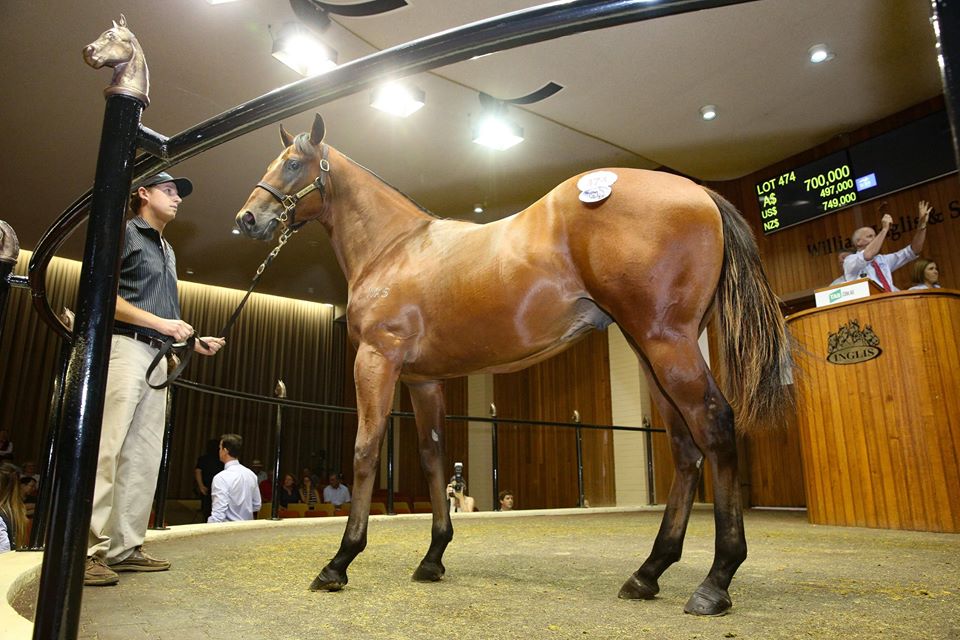