Former Perth mare Real Love has been in work for over six months and is still prepared to tough out the hard yards for trainer Darren Weir.

A homebred for Bob and Sandra Peters, she broke through for her new stable in the LR Roy Higgins Quality (2600m) on Saturday and will head interstate again for the G2 Adelaide Cup on March 14.

Real Love (5m Desert King – Flaming Heart by Salieri) defeated Dandy Gent by a neck after a head-to-head duel at Flemington.  “I thought the other horse was going to run past her at the furlong,” Weir said.  “But she ran through the line really well and two miles won’t be a problem in Adelaide.”

Weir dominates pre-post betting for the Adelaide Cup.  His imported stayer Signoff is the $2.20 favourite after a runaway victory in the G3 Lord Reims Stakes on Saturday and Real Love is on the second line at $3.

Peters sent Caulfield Group 3 winner Flaming Heart to Desert King in 2009 hoping to breed a high-class galloper and she showed black-type potential from the outset.

Real Love won a Bunbury maiden in February 2014 and within weeks added placings in the G3 WA Oaks and G2 WA Derby.  Then, as a summer four year-old, she stamped her authority on the local staying ranks with a feature hat-trick in the G3 Queen’s Cup, LR WA St Leger and G2 Perth Cup.

She started her current campaign with a Group 3 victory in the Asian Beau Stakes (1500m) at Ascot in October and transferred east after filling out a trifecta for Peters in this year’s Perth Cup behind Delicacy and Neverland.

Real Love is the penultimate foal for Flaming Heart who was pensioned in February 2013.  Her final foal Heart Starter (Domesday) won the LR Lex Piper Stakes (1600m) for Peters and his wife Sandra at Ascot on Saturday. 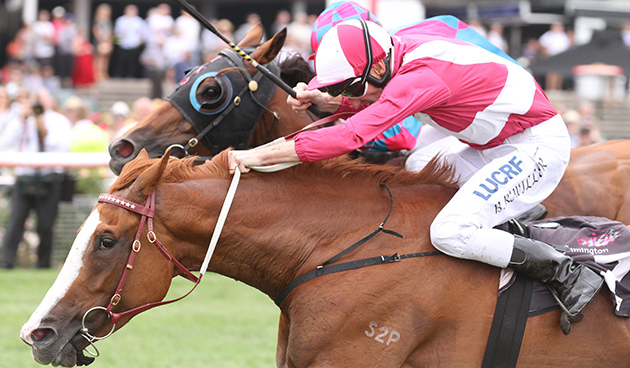