War Chant filly Silent Sedition is all set to fulfil her potential following a superb four-length victory first-up at Cranbourne on Friday evening.

Jockey Craig Williams is looking forward to partnering the Andrew Noblet trainee after she raced away with the Statewide Conveyancing Maiden (1200m).  “There’s so much more to come with this filly,” he predicted.  “She’s in for a nice autumn.”

Silent Sedition (3f War Chant – Fiorentina by Dubai Destination) had been placed twice at Caulfield earlier this season before finishing fourth in a Group 2 on Cox Plate day.  “I liked the feel of her at Moonee Valley and asked for the ride when she came back into work,” Williams said.  “She was very impressive in a trial here last month and is stronger and more seasoned now.

“She’s been given a good grounding and tonight’s win will be a confidence-booster.  She relaxed and then accelerated like a very good filly.  Andrew has bigger plans ahead and hopefully they will come to fruition.”

Noblet trains the filly for Tom Curnow who operates Aqua Trained Thoroughbreds in Adelaide.  She was bred and sold by Korilya Stud for $45,000 at the 2014 Perth Magic Millions and is from an unraced half-sister to G1 Dubai World Cup winner Monterosso (Dubawi).

Her dam Fiorentina has a yearling filly by Dick Turpin, a colt on the ground by Gingerbread Man and is back in foal to Snippetson.

Yarradale Stud sire War Chant (Danzig) has sired 12 winners of 14 races in the three year-old division this season.  His first-starter Wings Of Hope can add her name to the list in Race 3 at Bunbury on Sunday. 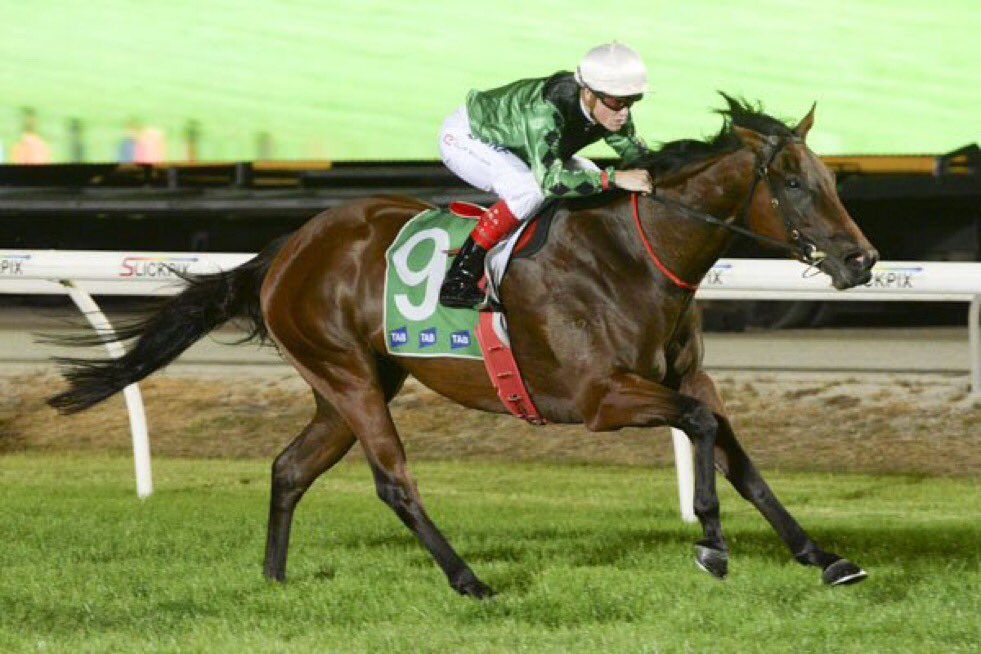