Fourth stakes winner by All American

Zebulon had been sidelined for more than a year but flew home from well off the pace for an effortless four-length victory.  Saturday’s first-up win was a triumph for trainers Peter Morgan and Craig Widdison who have nursed him back to full fitness following a tendon injury.

“He developed a small hole at the back of the tendon,” Morgan said.  “He’s a good horse so we gave him all the time required.  We didn’t get to the bottom of him before the injury and fingers crossed he can recapture his best form.”

Zebulon had won over 1400 metres at Flemington as a late-season two year-old and returned to headquarters a fortnight later for a Listed placing in the Taj Rossi Series Final (1600m).

His classic season started with a slashing third in the LR Living Legends Stakes (1400m) back at Flemington but the tendon flared and forced him out after a close second to San Nicasio in the G2 Autumn Stakes (1400m) at Caulfield.  “He’s definitely a Group horse,” Morgan declared.  “We will just wait and see how he pulls up before making plans – the original idea was to pick up a cheque before coming back for the spring.”

All American sired him from Saint’s Review (Saint Ballado), an Irish-bred half-sister to winners in Japan (2), England and USA.  His second dam Smashing Review (Pleasant Tap) and third dam No Review (Nodouble) were both stakes winners in North America.

Zebulon was foaled in New Zealand and cost $60,000 at the 2013 Karaka yearling sale.  The Adelaide result sent his earnings to $172,000 in 8 starts for part-owners Bruce Mathieson, Richard Smith & David Wright.

Meanwhile, All American’s star filly Yankee Rose will continue her current campaign in the G2 Brisbane Sires’ Produce Stakes (1350m) at Doomben on May 28.  Since last starting a month ago, she moved to Queensland where trainer David Vandyke has established new stables on the Sunshine Coast.

All American (Red Ransom) has sired the winners of 48 races for $2.54 million in prizemoney this season and will cover his first book at Geisel Park in Western Australia for an $11,000 (inc gst) service fee.

His arrival at Geisel Park is a windfall for the local industry and his escalating profile is similar to that of champion stallion Scenic who went to another level after siring Group 1 winners Universal Prince, Piavonic, Lord Essex and Scenic Peak within a year or two of transferring to WA.

“Mark said All American had a very similar sire profile as Scenic did at the time of his move,” Rigg said.  “Scenic took off shortly after coming here and All American looks like he’s going in the same direction.” 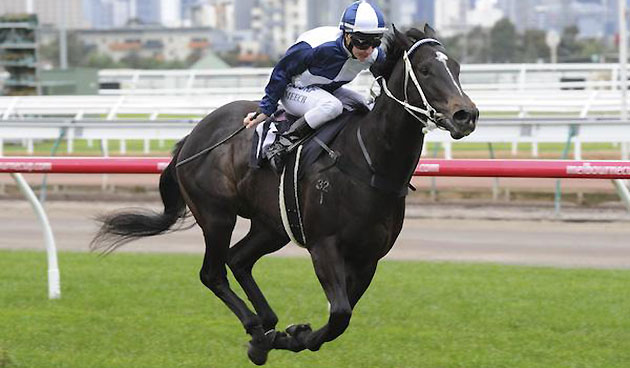 ZEBULON
All American stakes winner salutes at Flemington in June 2014