Group 1 for Geisel Park at Randwick

All American filly Yankee Rose returned to scale amid wild celebrations after the G1 Inglis Sires’ Produce Stakes at Randwick and there were similar scenes across the continent in Perth.

Saturday’s victory ensured Yankee Rose will be crowned Australian’s Champion 2YO Filly this season and it also catapulted All American into the Top 3 on the Australian 2YO sires’ premiership behind Written Tycoon and Not A Single Doubt.

Western Australian breeder Eddie Rigg purchased All American last month to stand at Geisel Park Stud and he was cock-a-hoop after the victory.  “It’s a tremendous result for the WA industry.  The phone’s been running hot with breeders ready to support the horse.

“I also had calls from NSW and Victorian studs wanting to buy him back after Yankee Rose ran second in the Golden Slipper.  And there was another serious approach from the east straight after she won the Sires’ Produce Stakes.

“But All American isn’t going anywhere.  We put a $10,000 (plus gst) service fee on him and offered 15 introductory nominations at $7,000.  They were taken up straight-away so we added another 10 and most of them have gone, too.

“He’s by Red Ransom and will be an ideal cross for all the mares by Blackfriars over here in WA.”

Next stop for Yankee Rose is the G1 Champagne Stakes (1600m) at Randwick on April 16.  “She won with a leg in the air when Zac (Purton) let her down,” Rigg said before heading off to the football on Saturday night.  “She will be getting weight off the colts again in Champagne Stakes and Zac did say she will lap up the extra furlong.” 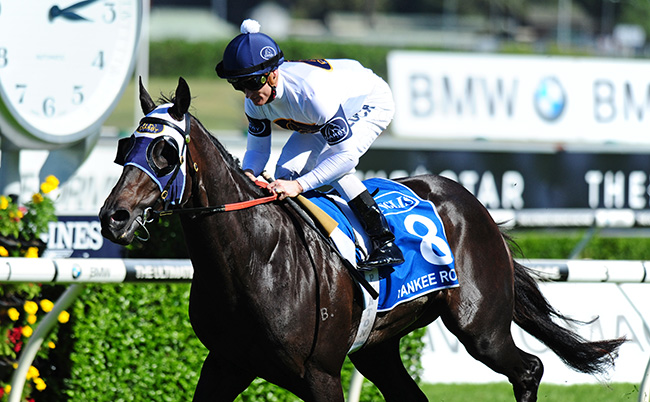