Oakland Park owner Neville Duncan completed a cross-continent double with a juvenile and a jumper on Thursday.

Duncan’s promising Redoute’s Choice freshman Rogano landed the first-leg when Sandalwood scored as a short-priced favourite at Pinjarra.  The Fred Kersley trained youngster flew from last for a two-length victory in the Lockdown Security Maiden (1400m).

Minutes later, Duncan’s chaser No Song No Supper had to dig deep to win the Grand Annual Steeple (5500m) at Warrnambool.  The son of Song Of Tara (Sadler’s Wells) is prepared by Patrick Payne and the gruelling marathon was his 12th win since a Pinjarra maiden on Boxing Day 2011.

Both gallopers carry the gold and black colours worn by Western Australia’s greatest galloper Northerly.  Duncan and Kersley raced the “Fighting Tiger’ and Payne rode him a famous double in the 2002 Cox Plate & Caulfield Cup.

“No Song No Supper has only had only had two runs this campaign because the tracks have been too hard,” Payne said.  “But he can stay and he really tries.”

Payne admitted his association with Kersley is still paying dividends.  “Fred knew the wet tracks and longer distances over here would suit him.  This race has been the long-term term goal.  He’s always been my Grand Annual horse.”

Duncan purchased his dam Deep Time (Kinjite) for $32,000 at the 2007 Inglis Easter Broodmare Sale when she was carrying No Song No Supper and her record at stud hasn’t stopped improving since transferring to WA.

She has also foaled No Wine No Song (G1 Sydney Cup), Atlantic Air (LR Bagot Hcp), Lord Of The Song (Von Doussa Steeplechase) and her latest is Cappo D’oro, a 3yo Medaglia D’oro gelding who was placed in the LR Melvista Stakes at Ascot last month. 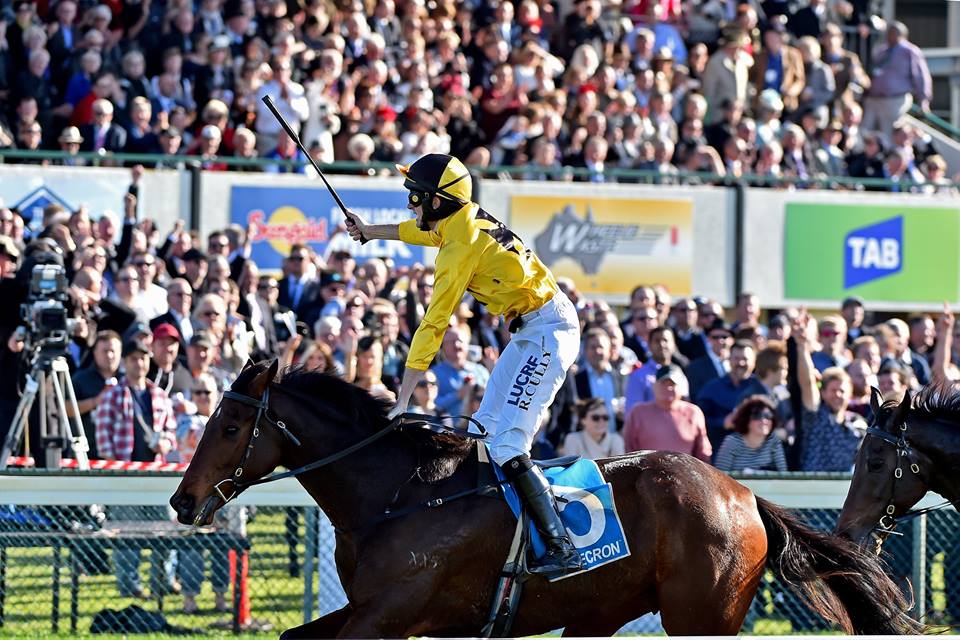 NO SONG NO SUPPER