There’s plenty of interest from a WA perspective at the Magic Millions National Sale which starts at the Gold Coast on Sunday.

Mogumber Park leads Sunspeed studs with four foals for sale and locally based sires with foals entered include All American, Bradbury’s Luck and Snippetson.

Magic Millions managing director Vin Cox took time out from inspections on Thursday to discuss future plans for the company’s Perth yearling auction and sales-related races which were held at Pinjarra for the first time this year.

Pinjarra club chairman Phil Ibbotson and his committee worked overtime leading up to the raceday and Magic Millions will continue supporting the new venue.  “Moving the Magic Millions 2YO Classic and 3YO Trophy to Pinjarra was a great success,” Cox said.  “Breeders and trainers engaged the public with marquees and that helped build the atmosphere.”

Cox was more circumspect about a future site for the Perth Magic Millions Sale.  “The Belmont complex has a limited life-span and we did encounter problems with the Swan River Trust about a move to Ascot.”

Other venues in the mix include the Brigadoon Equestrian Centre in the Swan Valley and Claremont Showgrounds.  They were both used for yearling sales when Wilson Tuckey split the industry during the early 1990s.

Another alternative is the Murray Equestrian Centre which is currently undergoing a multi-million dollar upgrade at Coolup – just 10km south of Pinjarra.

“This year’s sale was very encouraging after the downturn in 2015,” Cox said.  “That’s encouraged studmasters to reinvest and that been reflected in the quality of the new stallions coming into the State.

“Gerry Harvey is committed to the Perth Magic Millions and hopefully 2016 is the lift-off to better times ahead for the industry.” 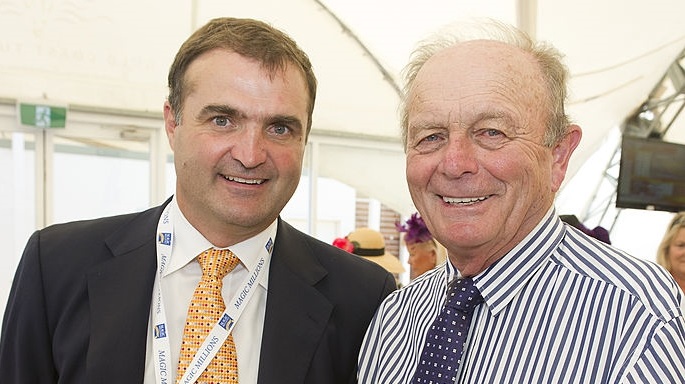