Home Straturbo All the Talk at Doomben

Straturbo All the Talk at Doomben

New Mungrup Stud sire I’m All The Talk has received a black-type update within days of arriving in WA.

His year older brother Straturbo ran within a tick of the Doomben track-record clocking 59.54s in the LR Chief De Beers Hcp (1050m) on Saturday.  “He got a lovely run behind the pace,” jockey Robbie Fradd said.  “It was just a matter of getting a run in the straight.”

Straturbo is the 30th stakes winner by champion sire Stratum and, like I’m All The Talk, is from Weekend Gossip (Hussonet).  They were both purchased as yearlings by Elite Thoroughbreds to be trained by Gary Portelli.

“He’s a real 1000 metre horse as likes to get out and run,” Portelli said.  “He’s a gem around the stables and it’s great to see him win for Elite Thoroughbreds.”

The LR Queensland Lightning (1000m) on June 4 is his next assignment at the winter carnival.

Weekend Gossip foaled Straturbo and I’m All The Talk in her first two seasons at stud and made it a perfect three from three by the Widden Stud sire with Hold Your Tongue who has won four races in Perth for Lou Luciani.

The mare has a yearling filly by Not A Single Doubt and is in foal to Sepoy.

I’m All The Talk will stand at an introductory price of $5,500 (inc gst) and Mungrup Stud’s Claire Dawson is confident the stallion has all the attributes to be successful.  “He’s a very good looking horse, big and muscular, the perfect sprinter’s body,” Dawson told WAN reporter Robbie Edwards.  “He’s been chosen for exactly that reason, to produce the early sprinters that WA buyers want and make the most of the Westspeed scheme.

“His take off is incredible, he has serious speed, and we look forward to his youngsters possessing the same attributes.” 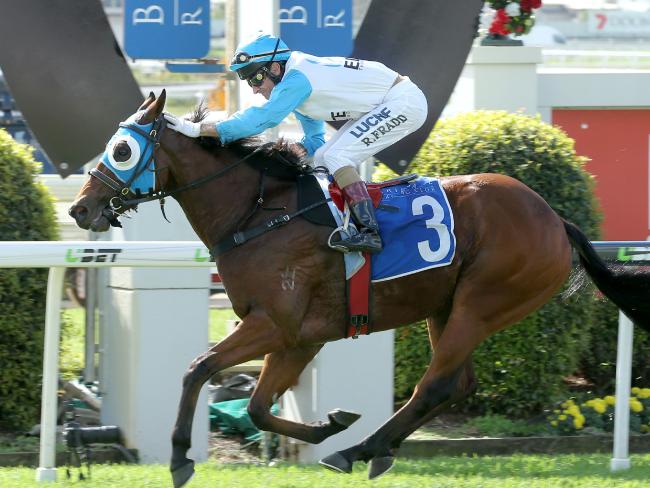