Top of the shopping list was Zabeel mare Merryvale sold in foal to Zoustar for $95,000.  She was a Mornington winner for Bob Scarborough and second dam Spottswoode (Centaine) won a G3 Manawatu Classic.

Merryvale’s yearling colt by High Chaparral made $80,000 to the bid of trainer Michael Hickmott at the Inglis Melbourne Premier in March.

Chalmers had made the Top 10 at the Inglis Easter yearling sale last month with a Fastnet Rock filly for $950,000.  She is related to G3 WA Oaks winner First Impressions and was purchased for a local syndicate comprising Nic Giorgetta, Rob Mitchell and Wayne Forrest.

Gervase Park owner Dr Chris Gales bought three broodmares with the most expensive Escalotte (Encosta de Lago) costing $87,500.  She is a half-sister to G1 C F Orr Stakes winner Barkada and was sold with a positive to Hinchinbrook.  Her first foal Moment Of Music is also by Hinchinbrook and has won 4 of her 11 starts to date for Kris Lees.

Swan Valley based Bevoir Equine Stud was also in the market paying $74,000 to Darley for Metamere.  The 4yo Lonhro mare is a daughter of Segments (G2 Schillaci Stakes) and is positive on a December cover to Medaglia d’Oro.

Scenic Lodge resident Snippetson was the most popular WA based sire with mares catalogued for the Inglis Sale.  His Group 3 winner Vergara made $460,000 to Blue Gum Farm.  The four-year-old attracted significant interest after running a strong fourth behind Winx in the G1 Doncaster Hcp last month.

Dashie Diva (Dash For Cash) is also by a Scenic Lodge sire and changed hands for $85,000.  The grey mare has thrown winners by Not A Single Doubt, Henny Hughes and I Am Invincible and was sold in foal to Hinchinbrook.

Magic Zefta topped the quartet when knocked down to Queensland agent Craig Rounsefell.  She has foaled Sydney stakes performer Denmagic and is positive to Rubick.  Her immediate family also includes Group 2 winners Go The Knuckle and Magic Albert. 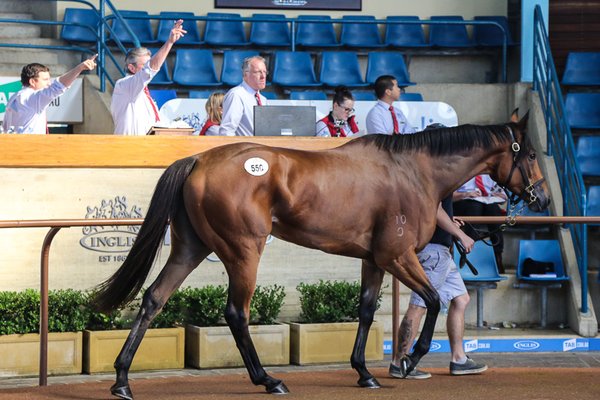