Sunspeed-bred three year-old Roy’s Roll’s Royce broke through for a well-deserved victory in the SA Racing App Plate (1400m) at Scottsville on Sunday.

The chestnut was racing third-up after a 20 week spell and stripped much fitter after placings at Scottsville and Greyville last month.  He started a long odds-on favourite and won as he liked for prominent owner Roy Moodley and trainer Yogas Govender.

Roy’s Roll’s Royce (Choisir) was a $45,000 buy from Waroona based Edan Dale Farm at the 2014 Perth Magic Millions.  He’s the first foal of Ma Chienne (Verglas) who won 9 races including the LR Tattersalls Cup and she was also runner-up to Lords Ransom in the 2010 G2 Perth Cup.

Ma Chienne is owned by bloodstock agent James Christie and Alan Hall who won the 2006 Perth Cup with Black Tom (Langfuhr).  “The mare’s 2yo by Congrats is with Adam Durrant,” Christie said.  “She’s in foal to Canford Cliffs and will be going to Al Maher this year.

“Roy’s Roll’s Royce had some issues earlier this season but he looked injury-free winning on the weekend,” Christie added.  “They must think he’s pretty smart with a name like that – Roy Moodley is one of the biggest owners in South Africa.”

Christie is privately syndicating the Choisir yearling sister to Roy’s Roll’s Royce and he can be contacted for further details on 0411 839 594. 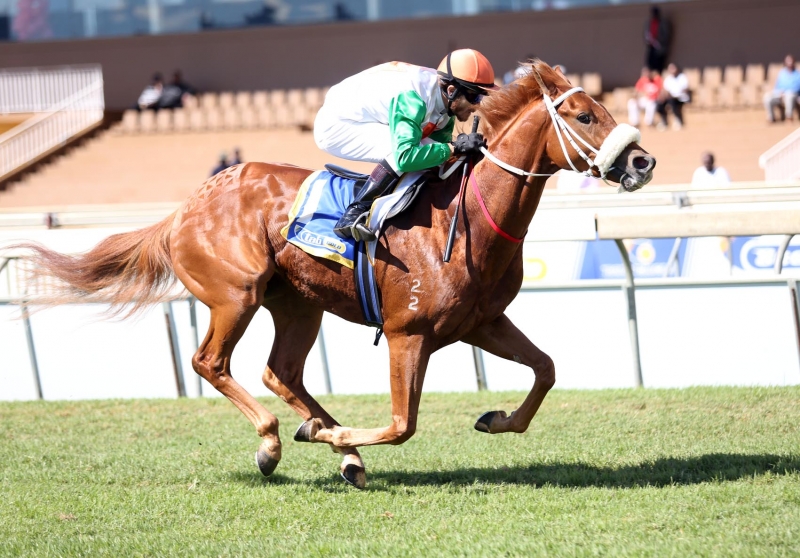