The John Moore trained sprinter signed off last year with a comprehensive victory under Whyte but had been unplaced in three runs for Joao Moreira this term before the ‘Durban Demon’ jumped back aboard in the Tate’s Cairn Hcp (1200m).

Their reunion saw Tianhuang look like a racehorse again at Sha Tin.  “I was positive out of the gates and that made a difference,” Whyte explained.  “He thought I was going to let him hit the ground and drop out but I kept persevering and suddenly he started to travel and never looked back.

“He’s been jumping out slowly and then half giving up.  I didn’t let him do that today.”

Tianhuang (4g All American – Miss Victoria by Viscount) is named after a stone regarded as the most valuable of all sculpture materials in China.  He’s from a half-sister to Domesday and had been placed in two Rosehill trials before Gary Moore transferred him off-shore to his brother.

“He won on dirt last year so he’s been on that surface this season and been a bit disappointing,” John Moore said.  “We’ve kept him fresh and that might have helped him mentally.  Whatever happened, I’m happy to see him win again and now we know he’s a turf horse, too.”

All American maintained his winning run in Australia last week with Avonaco scoring first-up after a year on the sidelines for Chris Waller.  And Gessner joined Group 1 filly Yankee Rose among his juvenile winners at Kilcoy on Sunday.

The Geisel Park stallion was also popular at the Magic Millions Foal Sale.  His half-sister to Inglis Premier 2YO Stakes winner Masthead was worth $67,500 to Edinburgh Park studmaster Ian Smith on Sunday.

On Monday, an All American colt from a half-sister to Group 2 winners Chase The Rainbow (MVRC Stutt Stakes) and Ms Funovits (Karrakatta Plate) sold for $55,000. 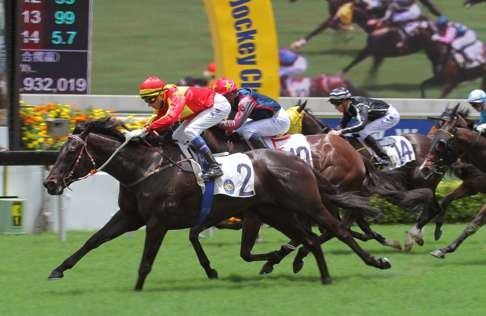