Yarradale Stud will conduct its 8th annual yearling sale with 47 lots going under the hammer at Gidgegannup this Sunday.

Champion sire War Chant (USA) has 11 lots catalogued and there have been numerous pedigree updates starting with Lot 8, the colt from Perth stakes winner Single Spice.  Her 2yo filly Wild Ava looked a good sort winning a Rosehill trial earlier this month and trainer Marc Connors took her to Bathurst for an easy kill on Tuesday.

“She started a short-priced favourite and raced very greenly first-up,” Connors said.  “Bobby El-Issa had to work overtime to keep her mind on the job but she was still able to overpower her rivals.”

Lot 42 is a War Chant colt from G2 Karrakatta Plate winner Born Priceless and the family produced another very smart maiden winner on Monday when Prontezza scored by four lengths in Victoria.

War Chant’s star filly Silent Sedition has been spelled following a close second in the G1 Australasian Oaks at Morphettville last week.  She pulled up in great shape, however, trainer Andrew Noblet has tipped her out for a six-week break.  “At the start of this prep we were going to give her five runs,” Noblet said. “She won three and came second in two – you can’t do much more than that.  There’s still plenty of upside so we will give her a spell and be ready for the spring carnival.”

Yarradale shuttler Frost Giant (12 lots) and Gingerbread Man (8 lots) were both popular when their first Sunspeed yearlings paraded at the Perth Magic Millions in February.

Frost Giant (USA) has built up an 80% winners-to-runners strike-rate with his first crop in the northern-hemisphere.  His latest winner Frosti Agosti led from barrier-to-box in a New York maiden on Saturday.

The Frost Giant filly from Metallic Storm (Lot 9) is a half-sister to sizzling sprinter Bombs Away who won his first two starts at Belmont in September.  Trainer Lindsey Smith has nominated him second-up in Race 5 this Saturday.

Gingerbread Man is an Australian-bred son of Darley champion Shamardal and he furthered the sireline as Singapore’s Champion 2YO and 3YO following wins in the Magic Millions Juvenile Championship and G1 Singapore Guineas.

The Street Boss filly (Lot 21) comes from a family flush with black-type and her sire is also firing with Darley Victoria bumping up his service fee from $11,000 to $27,750 this year.  The rise follows his recent Group 1 victories with The Quarterback (VRC Newmarket Hcp) and Cathryn Sophia (Kentucky Oaks).

The Yarradale Yearling Sale starts at Noon this Sunday and owner Ron Sayers is happy to retain up to a 25% interest in each and every lot offered.  Should any lot sold in the sale go on to win the 2017 Karrakatta Plate, Yarradale Stud will pay a $100,000 bonus to the winning connections. 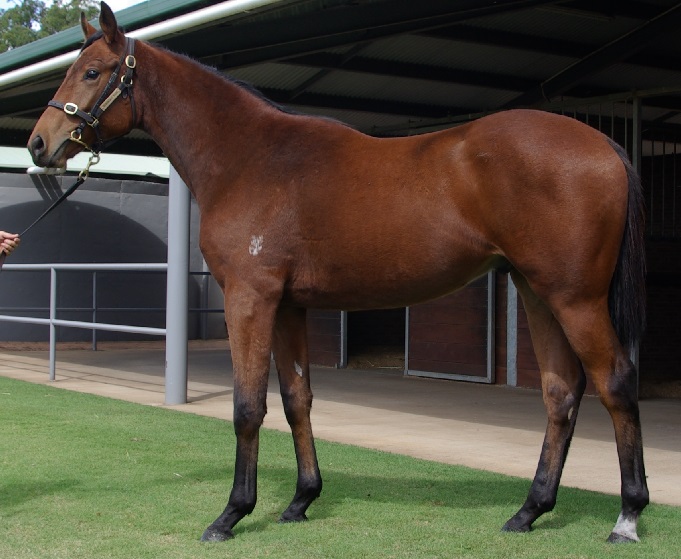